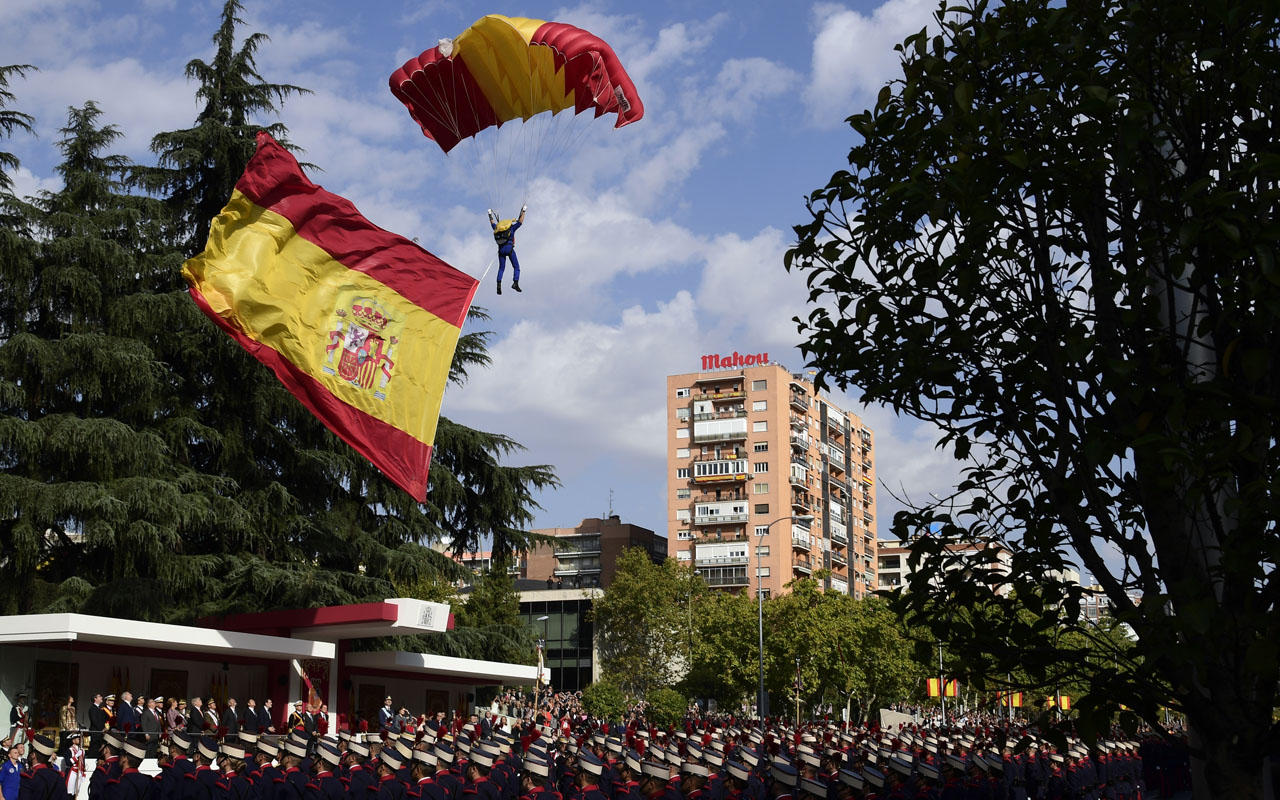 A parachutist lands after unfolding a Spanish flag during the Spanish National Day military parade in Madrid on October 12, 2017.<br />Spain marks its national day today under high tension as the country reels from the biggest challenge to unity in a generation with its Catalan region threatening to break away. Prime Minister Mariano Rajoy and King Felipe VI attended the traditional military parade in central Madrid that marks October 12, the day that Christopher Columbus first arrived in the Americas in 1492 and a nationwide holiday. / AFP PHOTO / JAVIER SORIANO

Spain’s economy contracted sharply by 11 percent in 2020 in one of the worst results of the eurozone with its key tourism sector battered by the Covid-19 pandemic.

Published on Friday by the National Statistics Institute, the figure was largely in line with the fall of 11.2 percent predicted by Spain’s government although the International Monetary Fund had seen a sharper contraction of 12.8 percent.