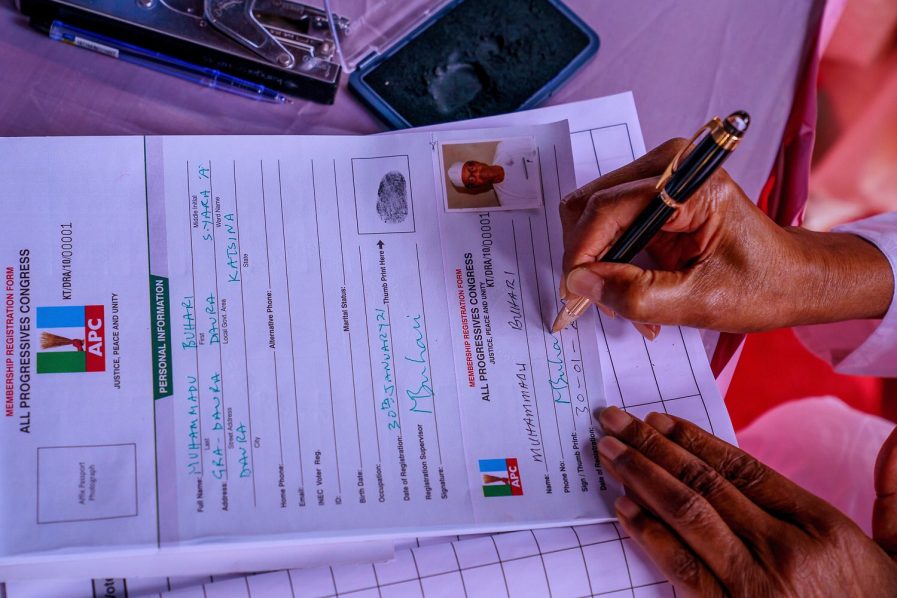 President Muhammadu Buhari on Saturday in Daura, Katsina State, called on leaders of the All Progressives Congress (APC) to encourage more participation and ownership of the party at the grassroots.

Malam Garba Shehu, the President’s spokesman in a statement, said the president made call when he hosted Senate President, Ahmad Lawan, some governors and party members of the APC at his country-home after his registration at Sarkin Yara Ward, Daura.

He said they could achieve this by adopting bottom-up processes of registration and revalidation at ward, local government, state and federal levels, including the FCT.

According to him, a continuous sense of ownership by members will strengthen the party structure, guarantee better prospects in elections and insure its future.