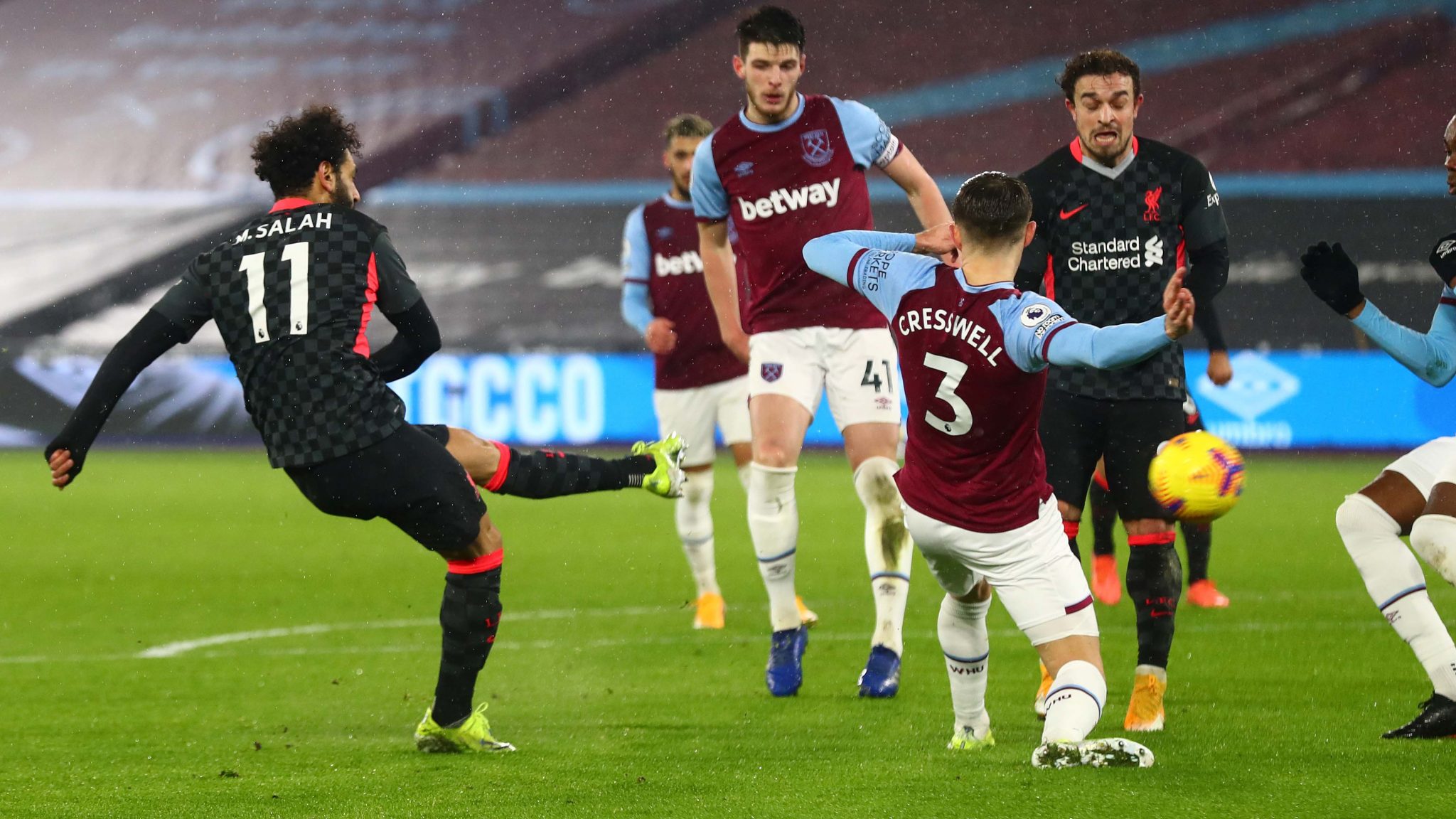 Salah had gone six league games without scoring until he broke West Ham’s resistance in the second half with his first goal in the competition since December.

The 28-year-old followed that fine strike with another eye-catching effort and his masterclass ensured Liverpool made it two successive league wins.

Salah is the first player to score at least 20 goals in all competitions in four consecutive seasons for Liverpool since Ian Rush in the 1980s.