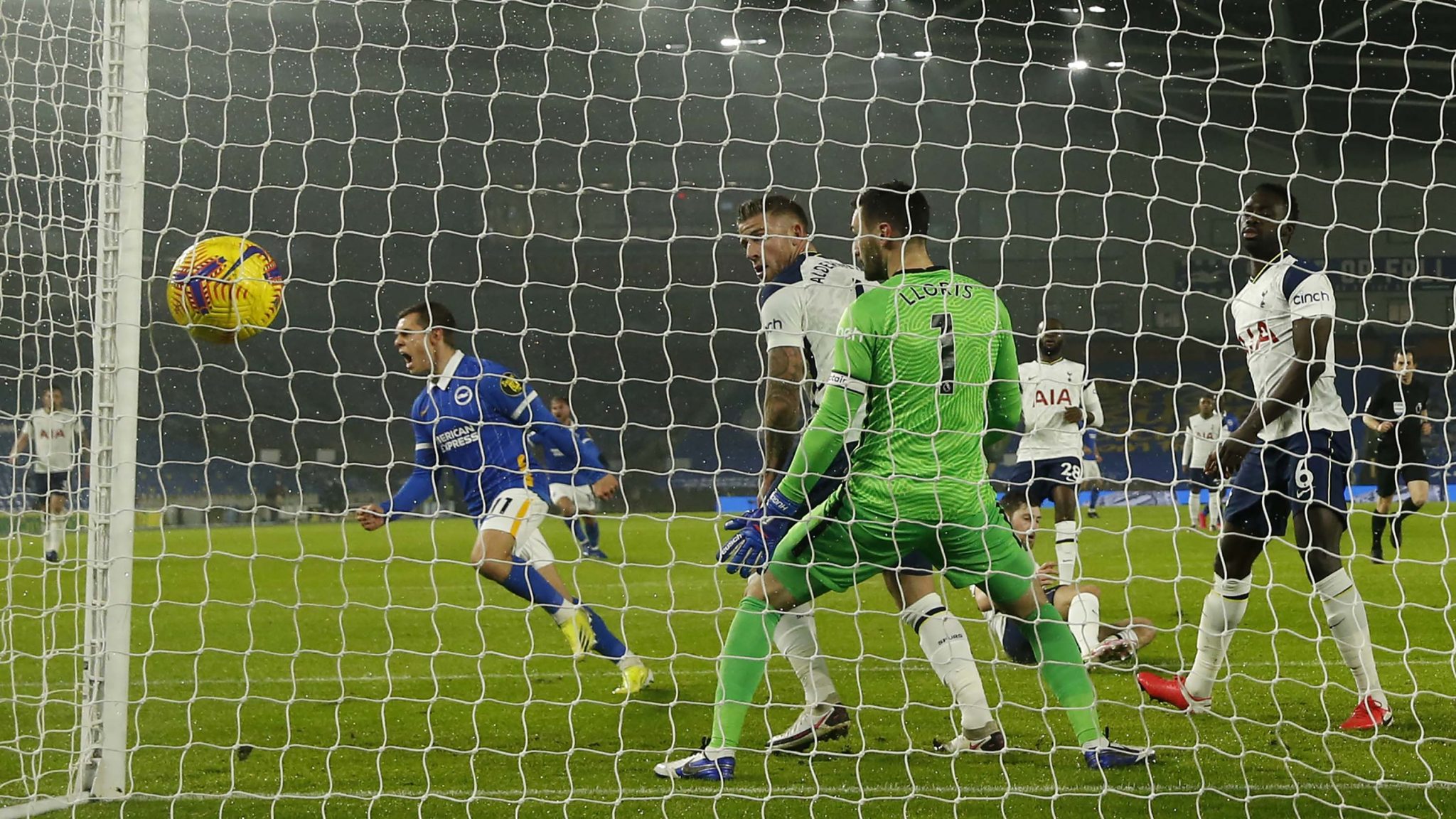 Mourinho’s side were hoping to get back on track after losing to Liverpool on Thursday, but instead they suffered a damaging second successive defeat.

Trossard netted in the first half at the Amex Stadium and, with Tottenham’s Harry Kane sidelined by injury, the visitors lacked the quality to salvage an equaliser.

They trail six points behind fourth placed Leicester, albeit…