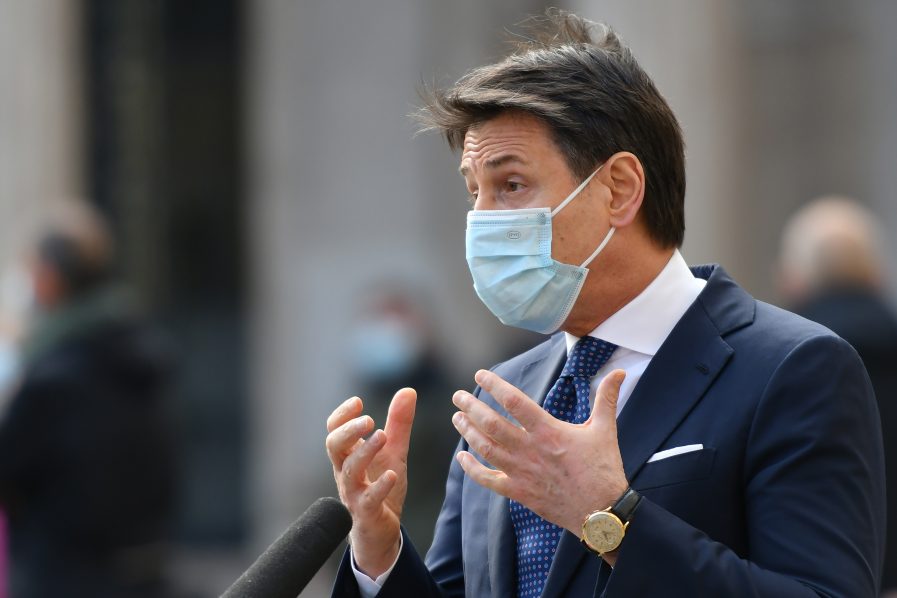 Italy’ Prime Minister Giuseppe Conte speaks to media on Colonna square as he leaves Palazzo Chigi in Rome on February 4, 2021. – Former European Central Bank chief urged Italy’s splintered parties on February 3 to get behind him as he tries to form a new government amid political turmoil. (Photo by Alberto PIZZOLI / AFP)

Former European Central Bank chief Mario Draghi on Saturday wrapped up the first round of talks aimed at forming a new Italian government, hoping to drag the country out of its economic and Covid-19 crises.