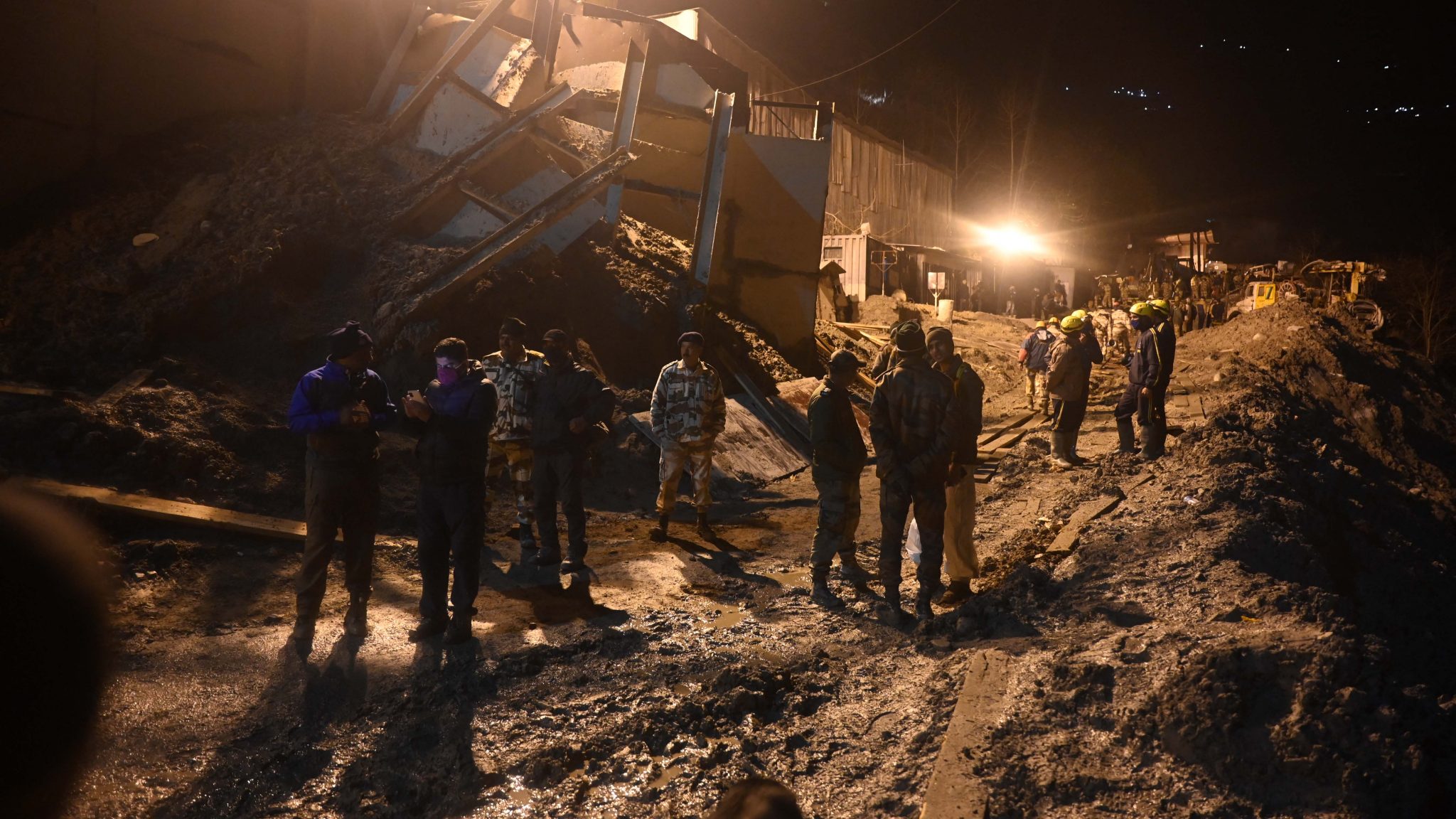 Indian army and rescue teams stand outside the entrance of a tunnel blocked with mud and debris during rescue operations in Tapovan of Chamoli district on February 8, 2021 following a flash flood thought to have been caused when a glacier burst on February 7. (Photo by Sajjad HUSSAIN / AFP)

Emergency workers in India on Monday raced against time to dig through mud and rocks choking a Himalayan tunnel after a devastating flash flood — thought to have been caused by a chunk of glacier breaking off — killed at least 26 people.

More than 170 others were listed as missing after a wall of water and debris barrelled down a tight valley in India’s north early Sunday, destroying bridges, roads and hitting two hydroelectric power plants.

Uttarakhand Director General of Police Ashok Kumar said late Monday that 26 bodies had been recovered, and 171 people remained unaccounted for.

Most of those missing were workers at the two power plants, with some trapped in a U-shaped 2.7-kilometre…