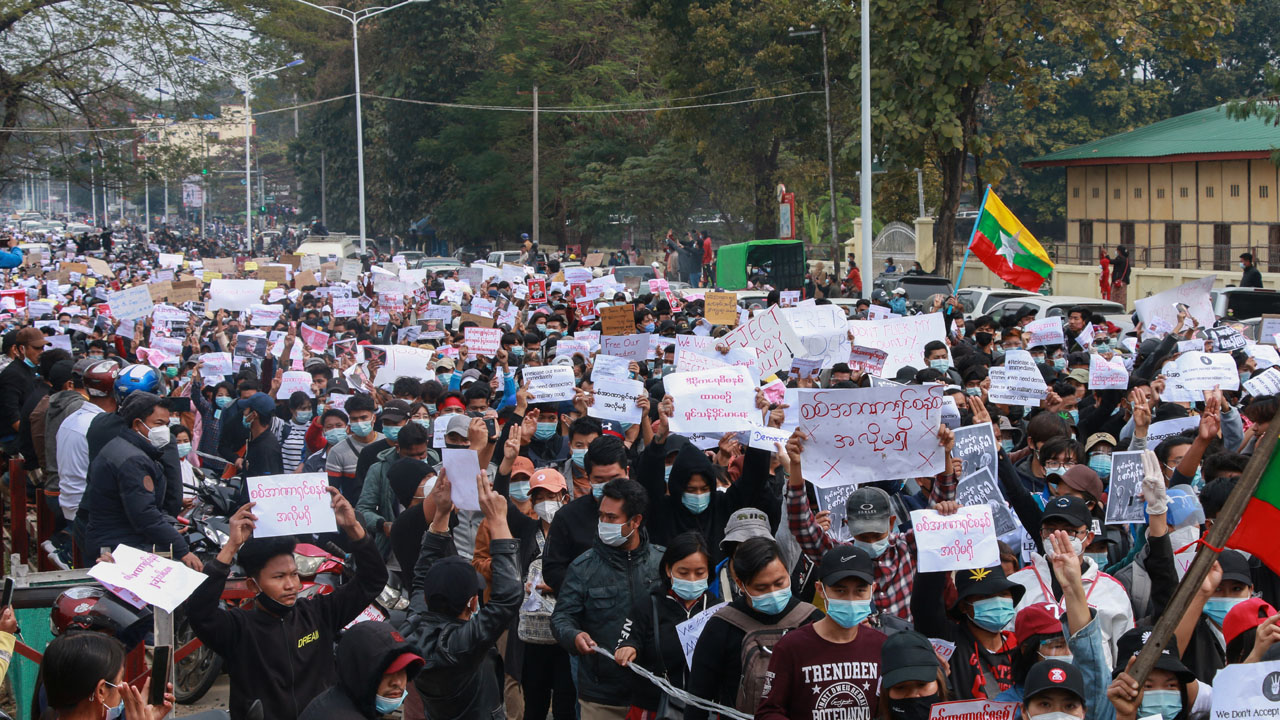 Protesters take part in a demonstration against the military coup in Myitkyina in Myanmar’s Kachin state on February 8, 2021. (Photo by STR / AFP)

Tens of thousands of protesters poured onto the streets across Myanmar Sunday in the biggest anti-coup rallies yet, as an internet blackout failed to stifle growing outrage at the military’s ouster of elected leader Aung San Suu Kyi.

Some estimates put the number of protesters in Yangon at 100,000 and there were reports of large demonstrations in other cities condemning the coup that brought Myanmar’s 10-year experiment with democracy to a crashing halt.

Backed by a din of car horns, chanting protesters in Yangon held up banners saying “Justice for Myanmar”, while others waved the signature red flags of Suu Kyi’s National League for Democracy (NLD) party as they marched to City Hall.

“I completely despise the military coup and I am not afraid of a crackdown,” said Kyi Phyu Kyaw, a 20-year-old university student.