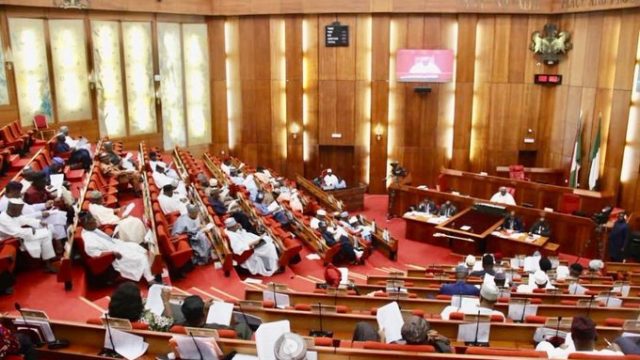 The Senate declared on Monday that the deteriorating bloody clashes between Fulani herdsmen and farmers across the country ought to be resolved locally.

Senate Majority Leader, Yahaya Abdullahi, in an interview in Abuja, said that the Federal Government should not play any role in resolving such matters.

The Presidency had opposed a recent directive by the Ondo state government that Fulani herdsmen who were not registered with it should quit Ondo forest reserves.

Consequently, President Muhammadu Buhari, through his Senior Special Assistant on Media and Publicity, Mallam Garba Shehu, expressed concern that the Ondo State governor, Rotimi Akeredolu, as a legal luminary, could unilaterally issue the quit order without taking cognizance of the constitution that guarantees the rights of citizens to movement and to live in any part of the country.

But the Senate Majority leader, observed that “the Federal Government is too distant to resolve every communal dispute everywhere. Inter…