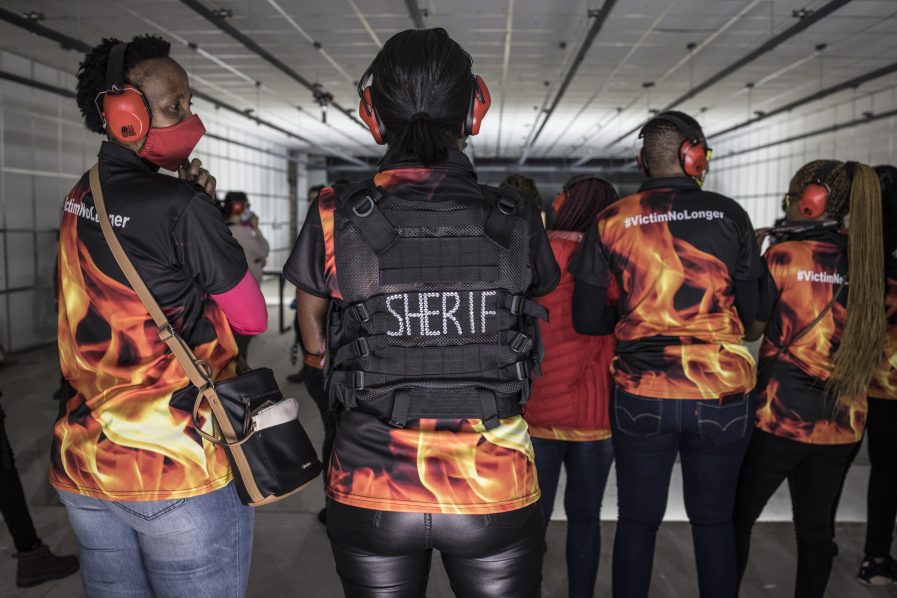 South African women gather at the lower end of a shooting range as they take part in a training organised by the women empowerment group Girls on Fire, in Midrand, on February 07, 2021. – Gun Owners of South Africa’s (GOSA) Girls on Fire campaign was created in 2015 to coincide with the 16 days of Activism from the United Nations.<br />For the dozens of women part of this campaign learning how to master a firearm is a way of protecting themselves in a country where a woman is murdered every three hours. (Photo by MARCO LONGARI / AFP)

For the dozens of women training at a shooting range near Johannesburg, learning how to use a gun has become a means of protection in a country where a woman is murdered every three hours.

For the first time in her life, Ntando Mthembu holds a revolver in her hands. Without hesitating, she fires 10 bullets towards a cardboard target.

Last November Mthembu’s cousin, left alone in a house for several hours, was gang-raped and murdered.