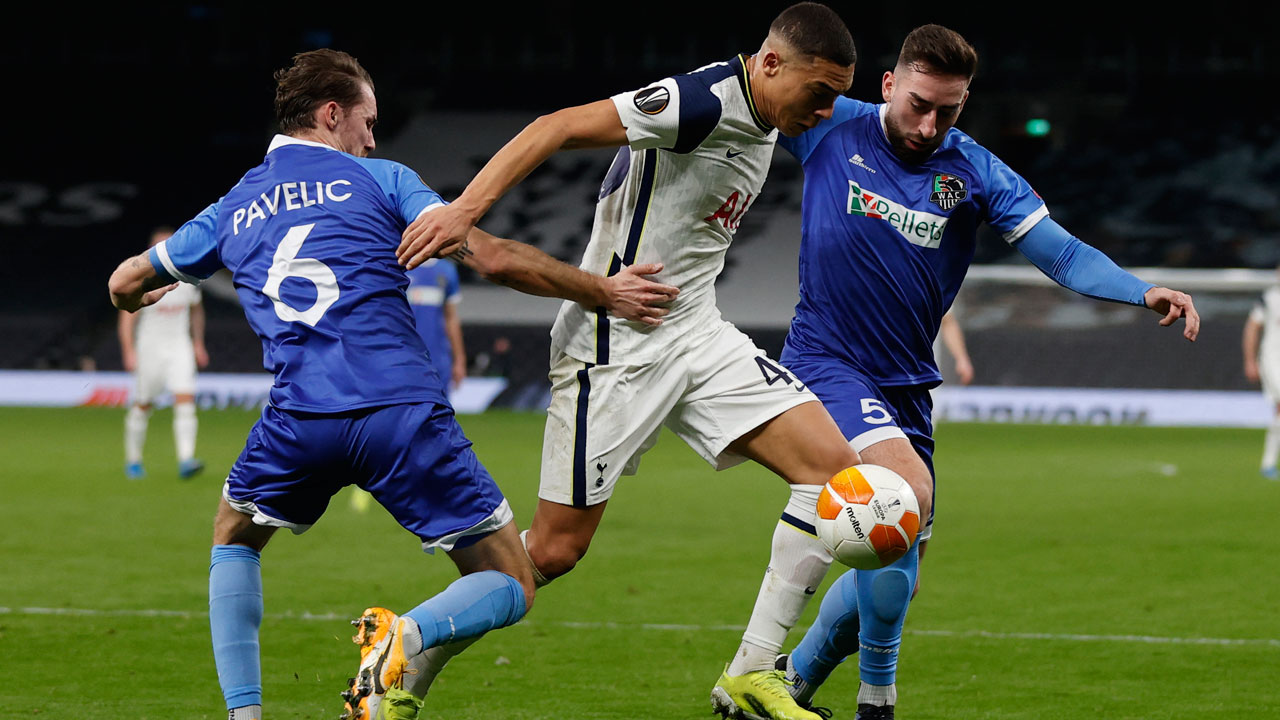 Dele Alli and Carlos Vinicius ensured Tottenham can still save their troubled season by winning the Europa League as they inspired a 4-0 rout of Austrian minnows Wolfsberger in the last 32 second leg on Wednesday.

Alli scored Tottenham’s opener early in the first half and provided the assist when Vinicius doubled their lead after the break.

Gareth Bale netted from another Alli assist before Vinicius bagged his second as Tottenham ran out 8-1 aggregate winners after cruising to a 4-1 victory in the first leg last week.

While progress to the last 16 looked a formality after the comfortable first leg success, nothing has come easy for Tottenham this term.