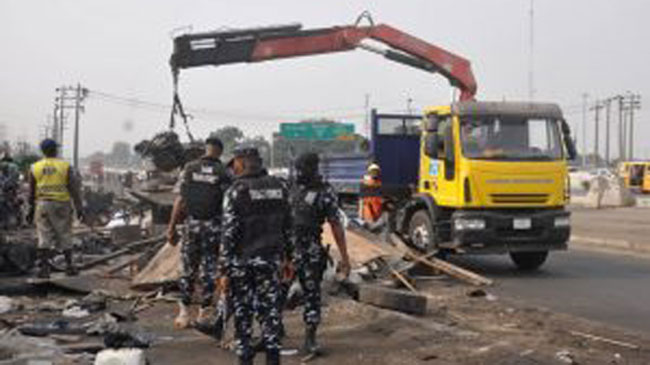 The Federal Government on Sunday began the evacuation of shanties, illegal structures encroaching on its Right of Way (RoW) following the expiration of the ultimatum issued by the Minister of Works and Housing, Mr Babatunde Fashola.

The News Agency of Nigeria (NAN) reports that Fashola on Jan. 14 while inspecting the Airport flyover damaged by tanker fire also visited artisans, mechanics and other businesses in the axis.

He had given them two weeks to vacate the RoW of the bridge and the ongoing Apapa-Oshodi-Ojota-Oworonshoki Expressway reconstruction project.

He advised them to relocate to the Matori Industrial Estate in Ladipo purposely built by the Jakande government for commercial activities, warning that they both jeopardised their safety and that of the highway by…