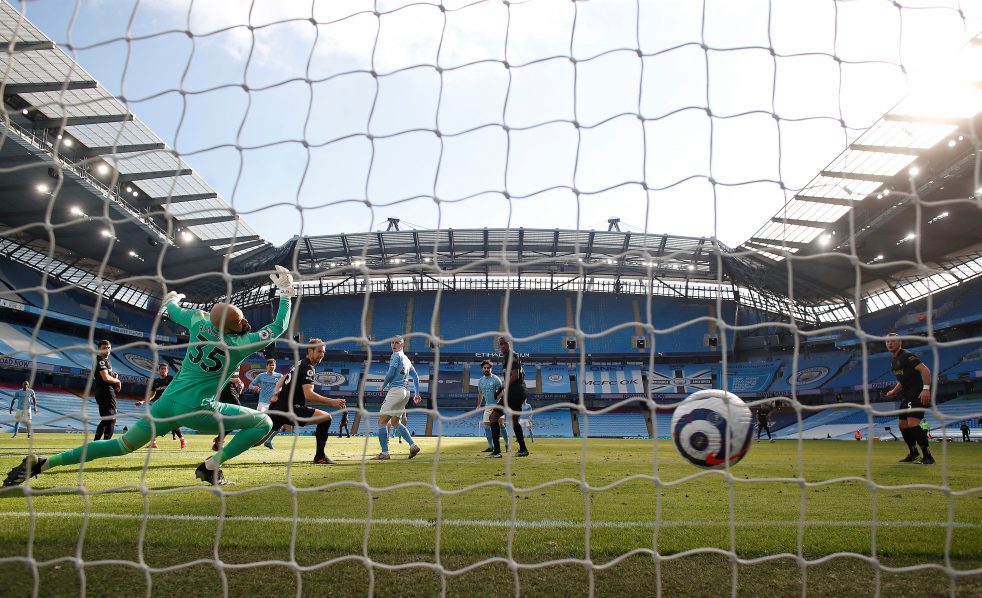 Manchester City’s centre-backs Ruben Dias and John Stones both struck as the Premier League leaders beat West Ham 2-1 on Saturday, while West Brom enlivened the battle to beat the drop with a controversial 1-0 win over Brighton in which the Seagulls missed two penalties.

Pep Guardiola’s men are now 13 points clear thanks to a 20-game winning run in all competitions that has seen them close in on an unprecedented quadruple of trophies.

For the first time in recent weeks, City showed signs of fatigue, though, and needed the dominant centre-back pairing that has been a huge part of their success…