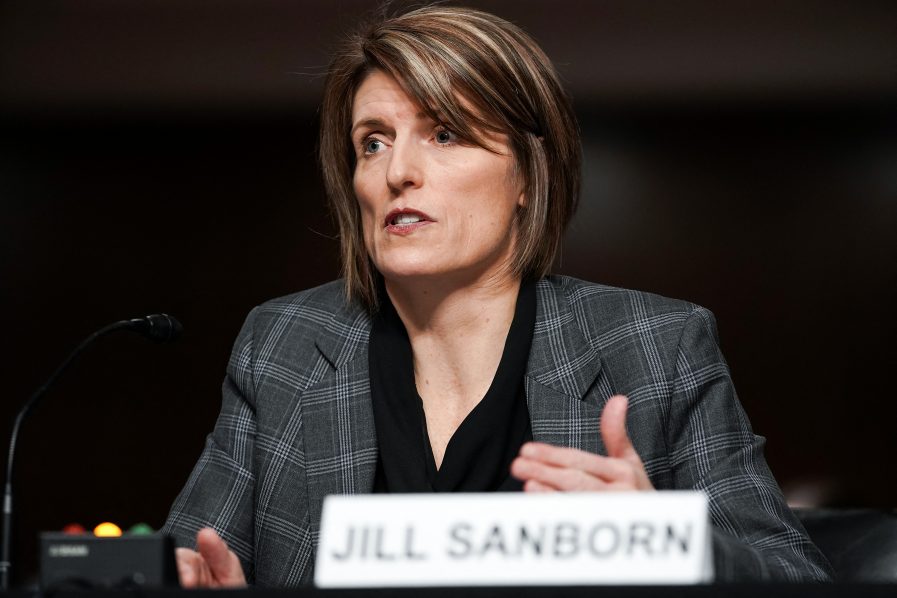 WASHINGTON, DC – MARCH 03: FBI Assistant Director of the Counterterrorism Division Jill Sanborn answers questions during a Senate Homeland Security and Governmental Affairs & Senate Rules and Administration joint hearing to discuss the January 6th attack on the U.S. Capitol on March 3, 2021 in Washington, DC. The committee is scheduled to hear testimony about DHS, FBI, National Guard and Department of Defense support and response to the attack on the U.S. Capitol on January 6. Greg Nash-Pool/Getty Images/AFP (Photo by POOL / GETTY IMAGES NORTH AMERICA / Getty Images via AFP)

The FBI director on Tuesday defended his bureau’s handling of intelligence ahead of the January 6 US Capitol riot, while telling lawmakers of an alarming recent spike in domestic terrorism cases.

Christopher Wray faced a grilling from members of Congress in his first testimony since the deadly insurrection by supporters of then-president Donald Trump, particularly over whether the Federal Bureau of…