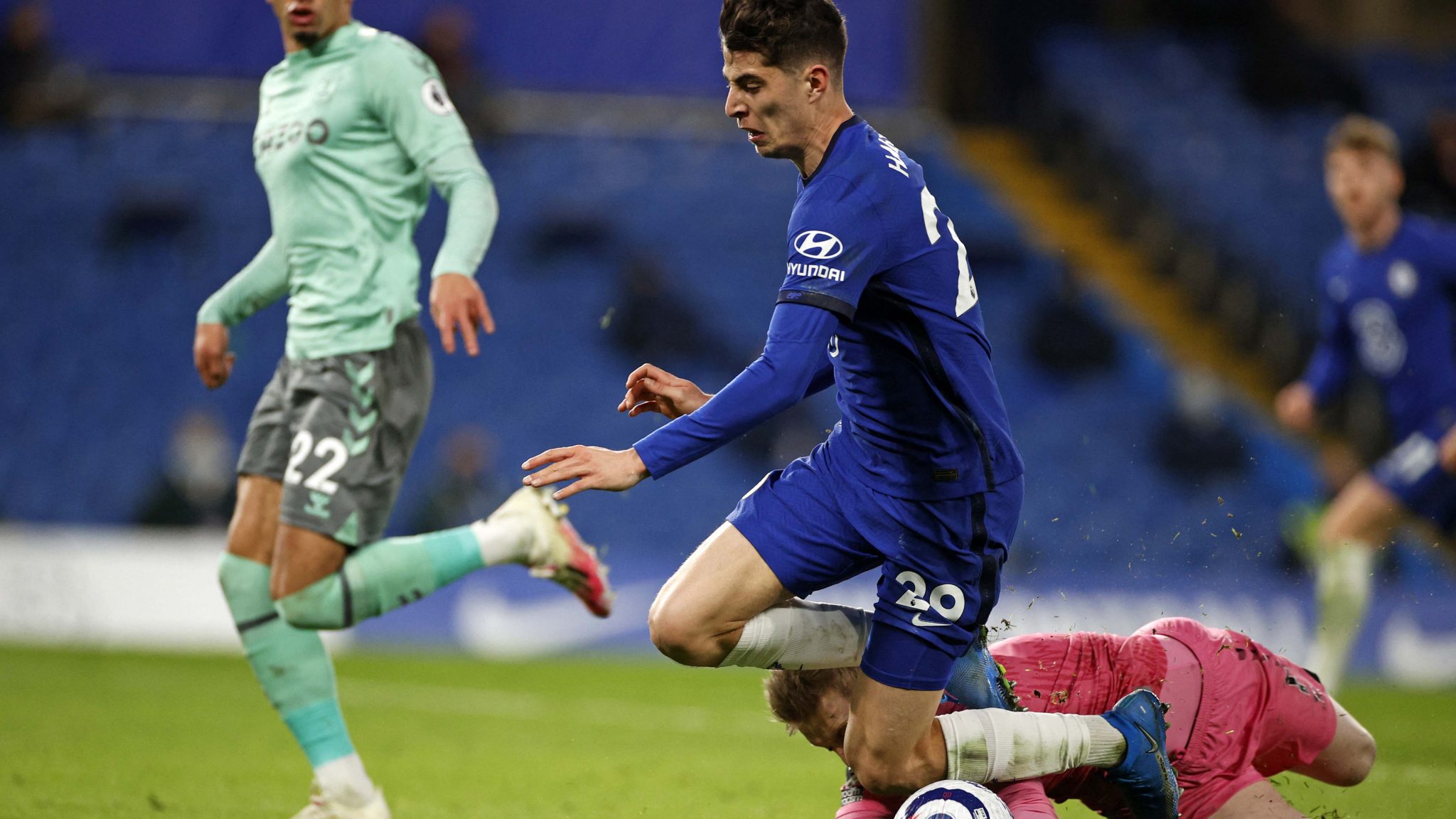 Chelsea cemented their grip on fourth place in the Premier League as Kai Havertz finally delivered an influential display in their vital 2-0 win against top-four rivals Everton on Monday.

But the Germany midfielder was given a rare start by Chelsea boss Thomas Tuchel and he responded by playing the key role in both goals at Stamford Bridge.

Havertz’s shot was deflected into the Everton net for a Ben Godfrey own goal in the first half.

The 21-year-old hasn’t scored in the league since October, but Tuchel entrusted him with an important role as Chelsea’s false nine and his…