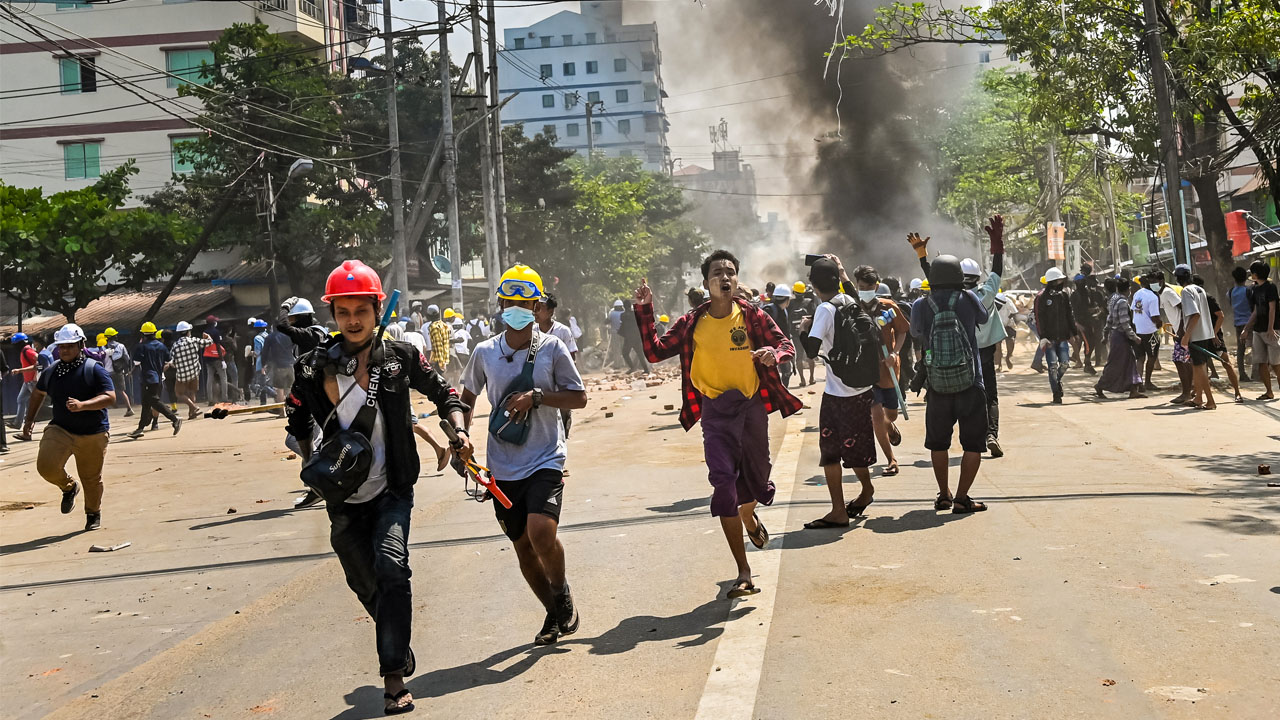 Protesters run as tear gas is fired during a crackdown by security forces on a demonstration against the military coup in Yangon’s Thaketa township on March 19, 2021. (Photo by STR / AFP)

Protesters returned to the streets across Myanmar on Saturday, defying a junta-led campaign of fear as regional powers Indonesia and Malaysia condemned the violence deployed by security forces against anti-coup demonstrators.

The country has been in turmoil since the military ousted civilian leader Aung San Suu Kyi from power in a February 1 coup, triggering a nationwide uprising as protesters call for a return to democracy.

So far, more than 230 people have been killed in anti-coup unrest, according to a local monitoring group, as security forces have deployed tear gas, rubber bullets and live rounds against anti-coup protesters.

But the movement has pushed ahead — albeit in smaller numbers.

Local media showed protesters in gas masks gathering in northern Shan state, while in the southern…