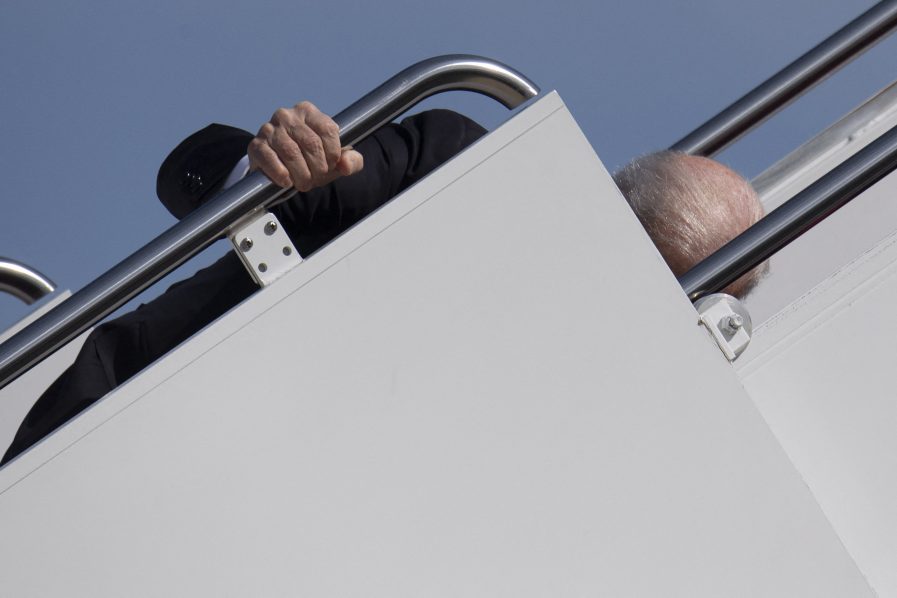 US President Joe Biden trips as he boards Air Force One at Joint Base Andrews in Maryland on March 19, 2021. – President Biden travels to Atlanta, Georgia, to tour the Centers for Disease Control and Prevention, and to meet with Georgia Asian American leaders, following the Atlanta Spa shootings. (Photo by Eric BARADAT / AFP)

United (US) President, Joe Biden, stumbled twice as he scaled the stairs to ‘Air Force One’ yesterday at Joint Base Andrews.

The President was briskly climbing the stairs to the presidential jet before appearing to trip, attempting to gather himself, then tripping again.

A reporter in the pool following Biden reported that it was a windy day at Andrews.

The White House said Biden “is doing 100 per cent fine” after his fall.

From one camera angle, Biden’s entire torso went out of view when he stumbled the second time, though his hand can be seen still holding onto the railing of the jet stairs. He then got up and…