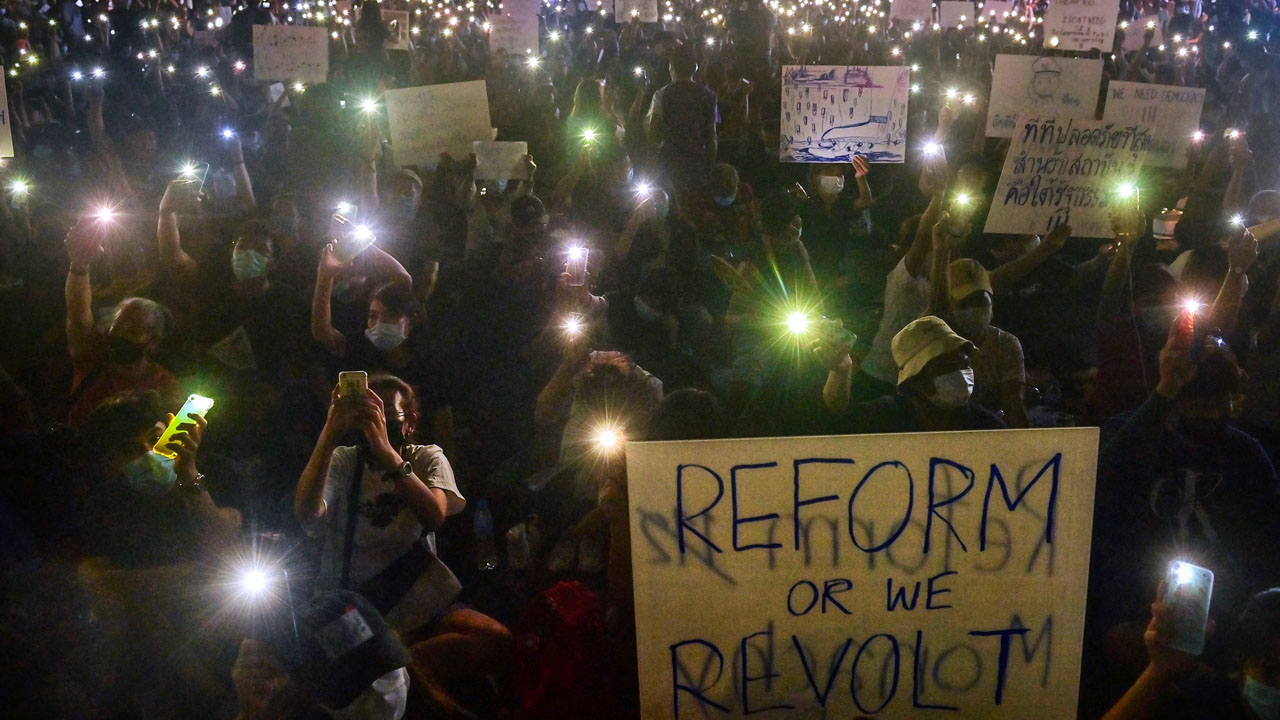 Pro-democracy protesters hold up their mobile phones with lights during an anti-government demonstration in Bangkok on March 24, 2021. (Photo by Lillian SUWANRUMPHA / AFP)

More than a thousand Thai pro-democracy protesters took over a major Bangkok intersection on Wednesday, defying authorities in the first major rally since police used rubber bullets against demonstrators over the weekend.

Thailand’s protest movement kicked off in July, calling for the resignation of Prime Minister Prayut Chan-O-Cha’s government and a rewrite of a military-scripted constitution.

But the most controversial demand is to reform the untouchable monarchy, including the abolition of the kingdom’s draconian royal defamation laws.

So far more than 70 protesters and student leaders have been charged for allegedly insulting the monarchy and about a dozen are remanded in prison.

If convicted, they face up to 15 years in jail per charge.