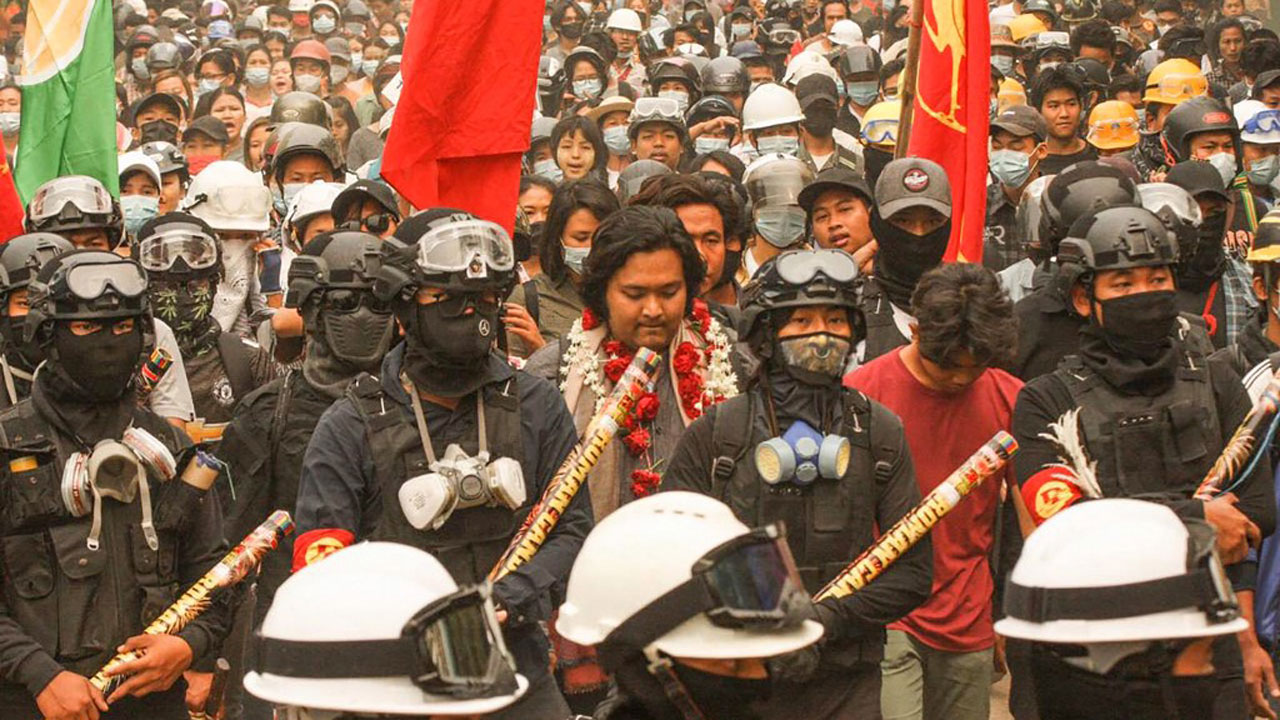 This photo taken and received from an anonymous source via Facebook on March 28, 2021 shows activist Wai Moe Naing (C) walking with protesters during a demonstration against the military coup in Monywa, Sagaing region. Handout / FACEBOOK / AFP

Defence chiefs from a dozen countries on Sunday jointly condemned the bloodbath in Myanmar a day earlier, when at least 90 people — including several children — were killed after security forces opened fire on anti-coup protesters.

Myanmar has been in turmoil since the generals ousted and detained civilian leader Aung San Suu Kyi, triggering mass protests demanding a return to democracy.

The junta on Saturday staged a major show of might for its annual Armed Forces Day as the death toll since the February 1 coup climbed to at least 423, according to a local monitoring group.

The defence ministers of 12 countries including the United States, Britain, Japan and Australia condemned the Myanmar military’s use of lethal force against…