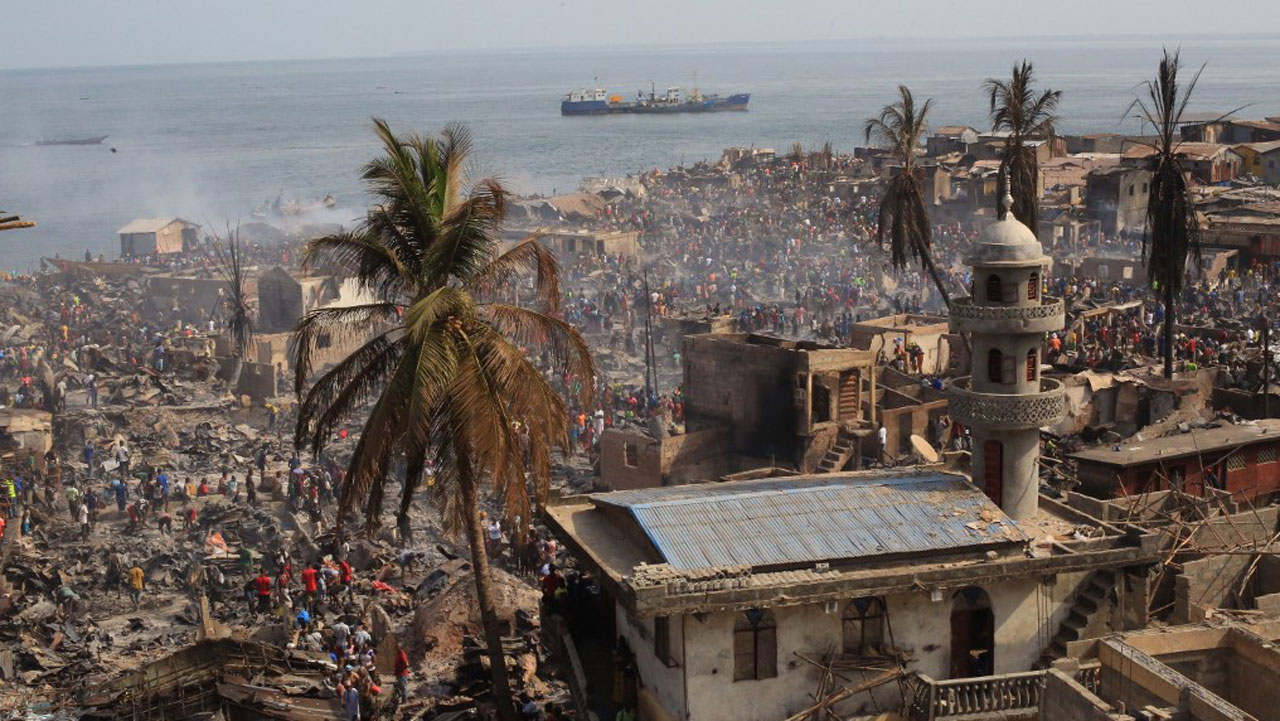 People look on at the aftermath of a large fire that broke out in an informal settlement in Susan’s Bay, Freetown on March 25, 2021. The fire burned down hundreds of informal buildings, effecting thousands of people.<br />Saidu BAH / AFP

Sierra Leone’s disaster-management agency requested aid on Monday after a fire destroyed a slum in the capital Freetown last week and left about 7,000 people homeless.

“We need help to provide shelter, food, water and clothing to victims of the fire disaster,” said its acting director Sinneh Mansaray.

On March 24, a fire engulfed the Susan’s Bay slum district in the capital of the West African state, destroying homes flimsily constructed from recovered materials and corrugated sheeting.

The cramped passages in the district made it impossible for fire engines to control the blaze.

No one died in the fire, according to a report released by the disaster-management agency over the weekend, but 409 people were injured and 7,093 people lost…