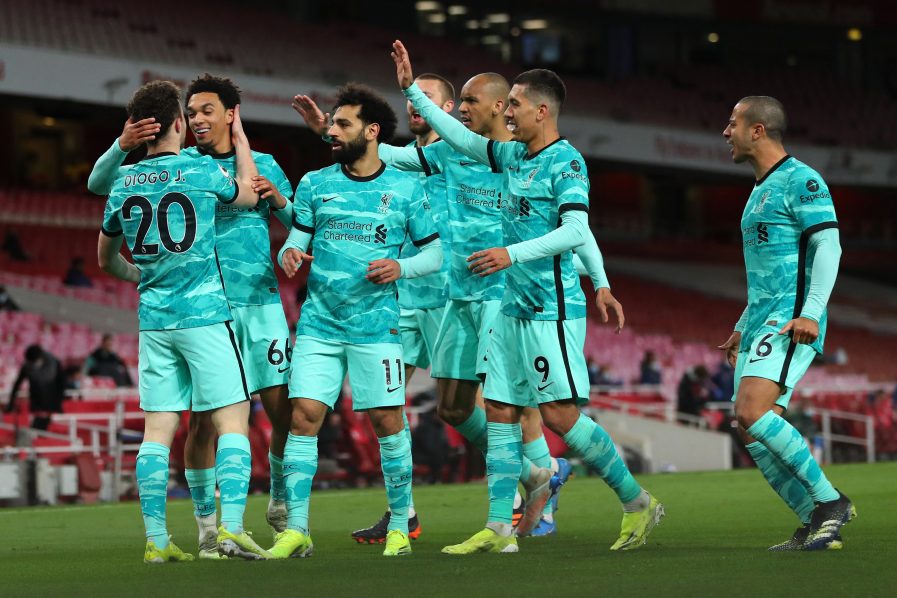 Liverpool’s Portuguese striker Diogo Jota (L) celebrates scoring the opening goal with Liverpool’s English defender Trent Alexander-Arnold (2nd L) and the rest of his teammates during the English Premier League football match between Arsenal and Liverpool at the Emirates Stadium in London on April 3, 2021. (Photo by Catherine Ivill / POOL / AFP)

Liverpool’s last dance with Real Madrid ended in painful defeat, with Mohamed Salah’s shoulder dislocated by Sergio Ramos dragging him to the ground and goalkeeper Loris Karius left apologising to his fans.

Yet Karius’s two errors, which handed Madrid a 13th European triumph in the 2018 Champions League final, were also the start of a journey for Liverpool.

Karius was ruthlessly cast aside and Alisson Becker signed for a then world-record fee for a goalkeeper.

A year later Liverpool was the one hoisting the Champions League trophy after beating Tottenham Hotspur in Madrid. Last season, an even heavier burden was lifted when they…