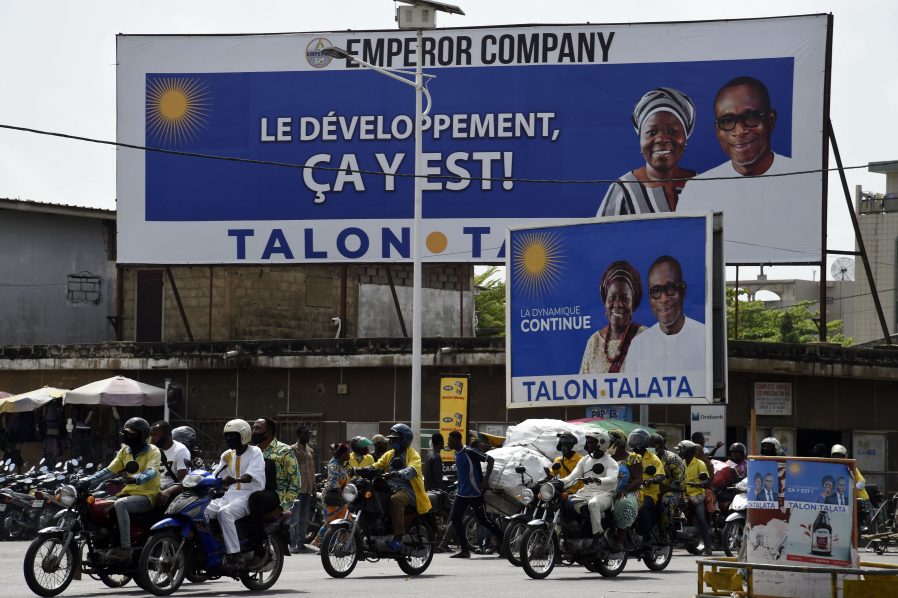 Billboards with photographs of incumbent Benin President Patrice Talon (R on billboard) and his running mate Mariam Talata (L on billboard) are displayed on a road in Cotonou on April 6, 2021. – Benin’s 5.5 million voters are set to go to the polls on April 11, 2021 for a presidential election in which the incumbent Patrice Talon is the favourite.<br />The president elected in 2016, will face two opposition candidates virtually unknown to the general public, former deputies Alassane Soumanou and Corentin Kohoue. (Photo by PIUS UTOMI EKPEI / AFP)

Protests broke out in Benin Tuesday in another day of tensions as opposition demonstrators burned property of pro-government deputies and blockaded roads, days before President Patrice Talon faces an election.

Tensions have erupted in several towns around the West African country since Monday night, local residents and witnesses said, in the lead-up to Sunday’s ballot in which Talon is strongly favoured to win a second term.

Pillow Fund: The only App you need to grow your savings, is live in Nigeria!

Tinubu Is In The UK To Rest – APC chieftain