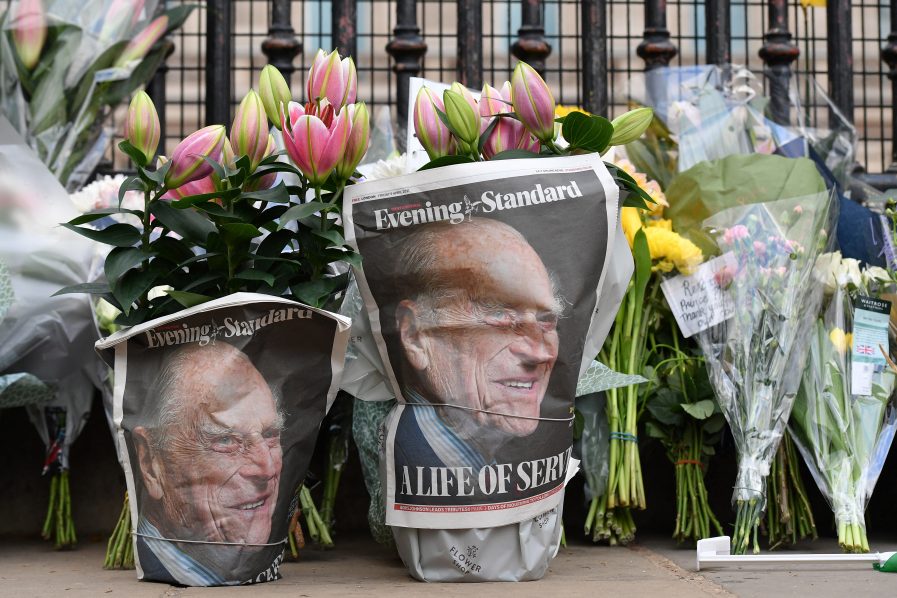 President Muhammadu Buhari has extended his condolences to the Queen of England over the death of her husband, Prince Philip at the age of 99.

The president’s condolence message was contained in a statement issued by his Spokesman, Malam Garba Shehu, in Abuja on Friday.

“The death of Duke of Edinburgh is the end of an era. Prince Philip was one of the greatest and publicly recognisable international figures whose contributions to the Commonwealth will be remembered for generations to come.

”Prince Philip was a great man in his own right who made enormous contributions to philanthropic activities and charities, especially for wildlife conservation and youth development programmes, in more than 130 countries,” he said.

Floral tributes are pictured at the gates of Buckingham Palace in central London on April 9, 2021 after the announcement of the death of Britain’s Prince Philip, Duke of Edinburgh. – Queen Elizabeth II’s husband Prince Philip, who recently spent more than a month…