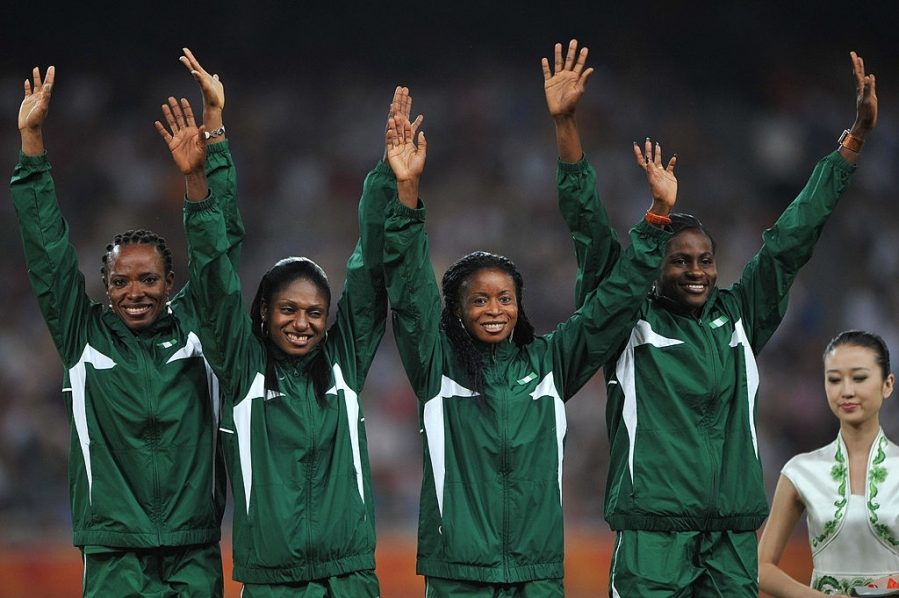 The Nigerian bronze medal team of Franca Idoko, Gloria Kemasuode, Halimat Ismaila and Oludamola Osayomi pose on the podium during the medal ceremony for the women’s 4x100m relay at the 2008 Beijing Olympic Games. Photo: FABRICE COFFRINI/AFP.

Nigeria’s Youth and Sports Development Minister Sunday Dare is confident the country’s 13-year wait for a track and field medal at the Olympics will end this year at the Tokyo Games.

Track and field events have accounted for 13 of the 25 medals Team Nigeria have won at the Olympic Games.

The sport has also delivered two of the three gold medals won by Team Nigeria with a first-ever individual gold by Chioma Ajunwa coming in the women’s long jump in 1996, the same year Team Nigeria won a historic Olympic football gold.

Nigeria last won a track and field medal at the Beijing Olympics in 2008 when Blessing Okagbare, in the women’s long jump, and the quartet of Gloria Kemasuode, Halimat Ismaila, Franca Idoko and Damola Osayomi in the…