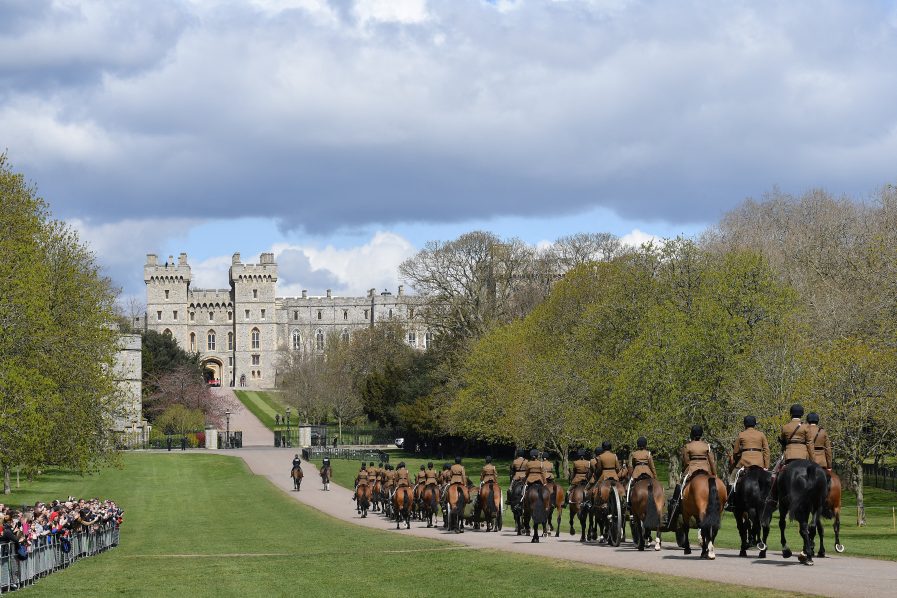 Members of the Kings Troop Royal Horse Artillery ride their horses into the grounds of Windsor Castle in Windsor, west of London, on April 15, 2021, following the April 9 death of Britain’s Prince Philip, Duke of Edinburgh, at the age of 99. – Prince Philip’s funeral will take place at St George’s Chapel, Windsor Castle on Saturday, April 17. (Photo by JUSTIN TALLIS / AFP)

British royals William and Harry will not walk side by side in the procession at this weekend’s funeral of Queen Elizabeth II’s husband Prince Philip, Buckingham Palace revealed Thursday.

As young boys in 1997, the pair provided the most poignant image of their mother Princess Diana’s funeral as they walked, heads bowed, behind her coffin.

Prince Philip, also known as the Duke of Edinburgh, accompanied them, alongside their father Prince Charles and uncle Charles Spencer.

Their grandfather’s funeral, at Windsor Castle at 3 pm (1400 GMT) Saturday, is the pair’s first reunion since Harry’s shock…

INEC to deploy 5,346 personnel to 2,673 centres for voter registration