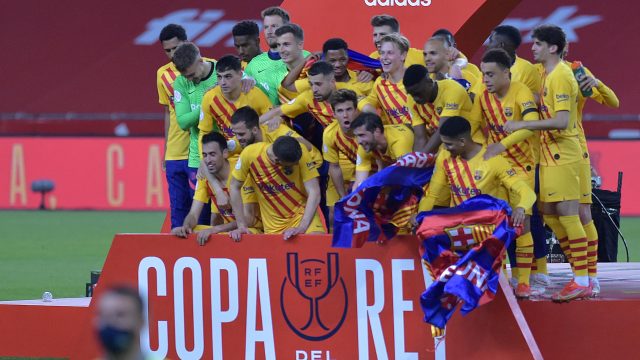 Lionel Messi scored twice, including a stunning solo goal, as Barcelona blew away Athletic Bilbao to win the Copa del Rey on Saturday, consigning their opponents to a second final defeat in two weeks.

The cup was won and lost in a whirlwind 12 minutes in Seville, which saw Barca score four times to clinch an emphatic 4-0 victory, with Messi at his devastating best.

It remains to be seen if his seventh Copa del Rey triumph is the last trophy Messi lifts in Barcelona colours but if this was to be a final flourish, the 33-year-old crafted a fitting farewell.

Messi’s first goal, and Barca’s third, started with the Argentinian in his own half before a charging run down the right and a surge forward into the penalty area gave him the chance for a…