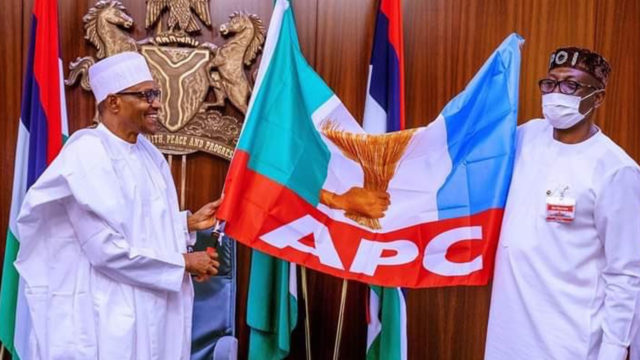 The recent confusion over the veracity of the list spelling out zoning format for elective public and party offices preparatory to the 2023 General Elections by the governing All Progressives Congress (APC) came up as part of the worrisome symptoms of the simmering disquiet threatening the party’s cohesion.

The release of the controversial zoning format, as well as its immediate repudiation by the party’s leadership showed that each passing day, President Muhammadu Buhari’s warning that APC should not be allowed to become history after his exit in 2023, continues to bear credence.

President Buhari’s ominous observation was made known to party stakeholders during their March 2020 National Executive Committee (NEC) meeting held at the National Secretariat of APC in Abuja.

From hindsight, it is evident that that particular NEC meeting was about the only properly convened gathering of the party’s…

“They Said I Couldn’t, but not only did I do it, I smashed it” – Shileola Ibironke, MD/CEO of the Micromedia Group of...

China carrying out 'slow genocide' of Uyghurs in Xinjiang: Report