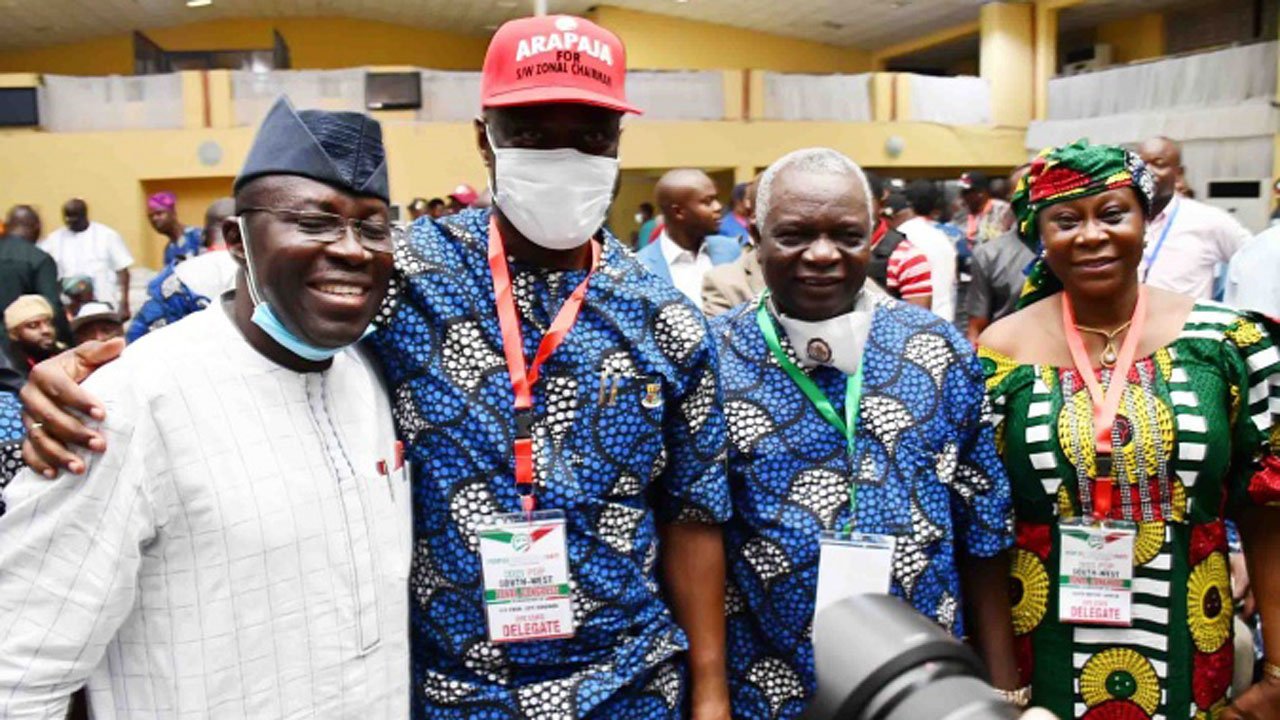 Arapaja (left) Makinde and others at the congress

The recently concluded congress of the Peoples Democratic Party (PDP) in Southwest has presented another opportunity for its leadership to get to the drawing board and work out new ways of managing some challenges confronting it.

The elections to the regional positions may have come and gone, with winners having emerged. But to some party leaders, an internal election where a faction out of two won all seats by narrow margins coupled with the implication of winners-take-all, has thrown up new challenges must be well managed.

Before the congress, Southwest PDP was divided. Oyo State Governor, Mr. Seyi Makinde led a faction while former governor of Ekiti State, Mr. Ayo Fayose led the other camp. The factions engaged each other in war of words and campaign of calumny that almost made reconciliation impossible.

The peace committee of the party, led by former Senate President, Dr. Bukola Saraki, held series of meetings with gladiators…