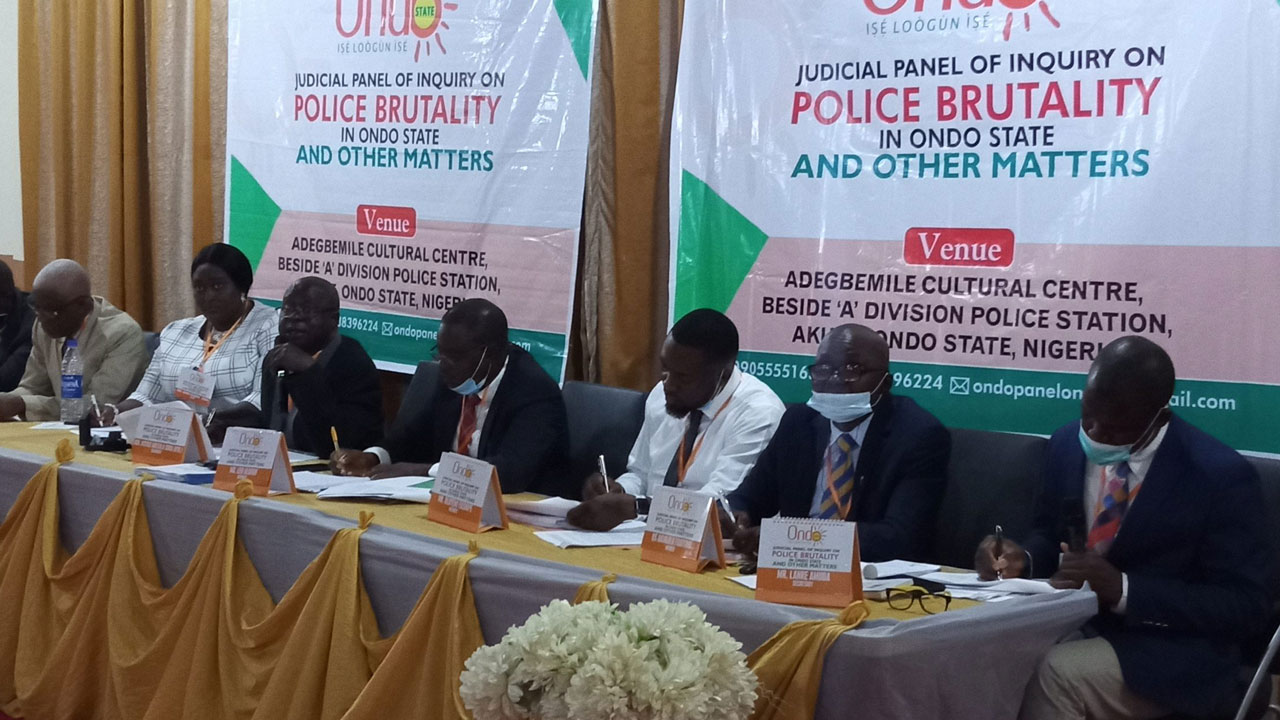 The Ondo State Judicial Panel of Inquiry on Police brutality and other related matters has recommended the payment of about N755 million as petitioners claims, and other monetary recommendations.

The Chairman of the 9-man Panel, retired Justice Salisu Sidiq, stated this in his address while submitting the Committee’s reports and recommendations to Gov. Oluwarotimi Akeredolu in his office on Wednesday in Akure.

The News Agency of Nigeria (NAN) reports that the Judicial Panel was inaugurated by Gov. Oluwarotimi Akeredolu on Oct. 20, 2020 to address issues that led to #Endsars protest.
Sidiq said it received and heard 77 petitions out of which 14 were criminal and 63 were civil matters/petitions.

He said that the committee also recommended publication of apologies in national dailies, particularly, where reputation of victims had been tarnished.

“Mr Governor Sir, the Panel, after careful consideration of its limitations in line with extant Supreme Court judgments on the powers of…