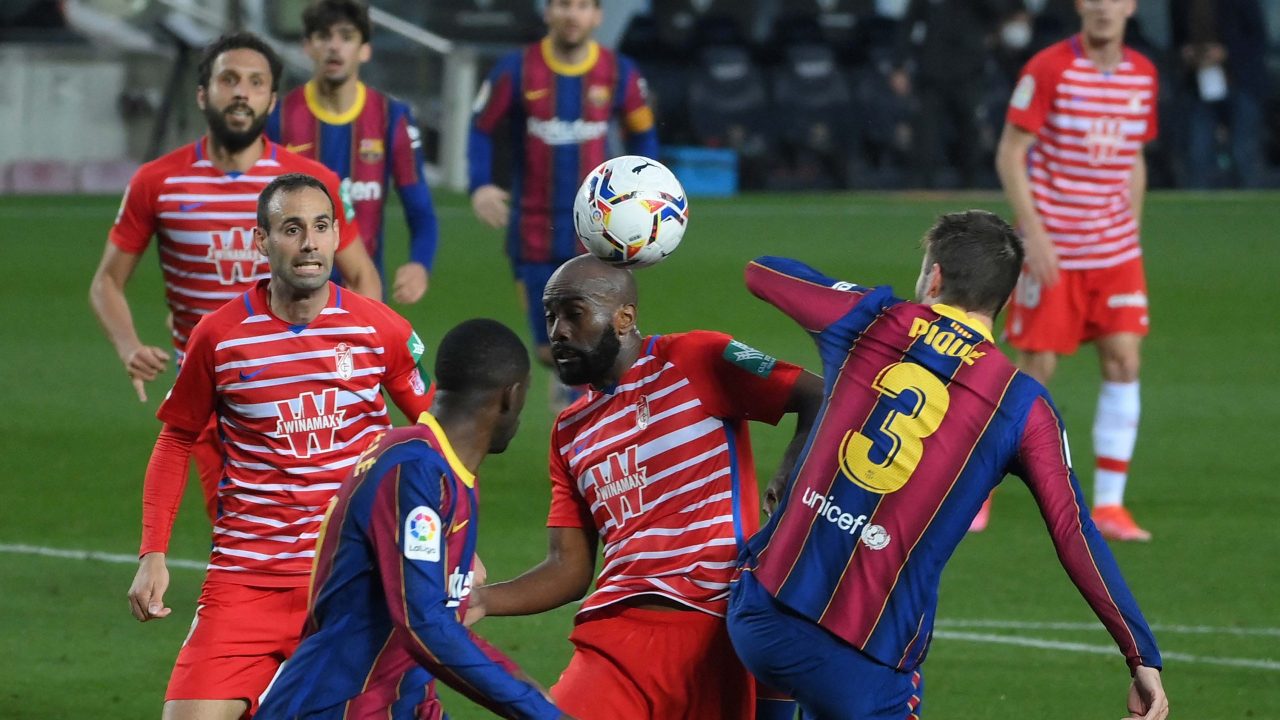 Granada’s French defender Dimitri Foulquier (C) heads the ball during the Spanish League football match between Barcelona and Granada at the Camp Nou stadium in Barcelona on April 29, 2021. (Photo by LLUIS GENE / AFP)

Barcelona spurned the chance to go top of the table on Thursday as a shock 2-1 defeat by Granada added another twist to La Liga’s most unpredictable title race in years.

Barca could have taken control at the top by moving a point ahead of Atletico Madrid but Granada came from behind to snatch a stunning win at Camp Nou, in what will be a huge boost to the other title contenders.

Lionel Messi scored his 33rd goal of the season to put Barcelona in front but they failed to put the result beyond doubt and Granada hit back, Darwin Machis driving in and Jorge Molina’s header completing a remarkable turnaround.

Defeat means Barca took nothing from their game in hand except disappointment, which might be difficult to shake ahead of two crunch games now away at…