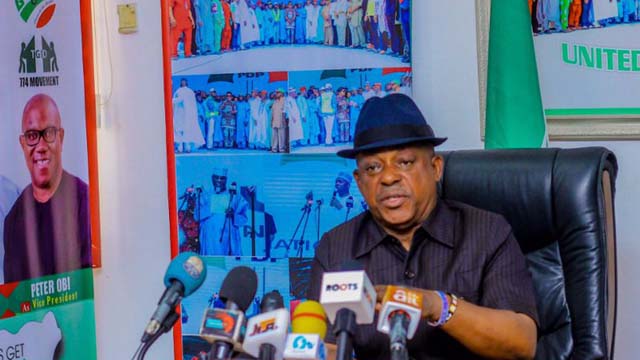 The Peoples Democratic Party (PDP) has advised President Muhammadu Buhari to convoke a national dialogue to discuss the rising insecurity in the country.

The PDP National Chairman, Uche Secondus, gave the advice at the emergency meeting of the party’s National Executive Committee (NEC) on Thursday in Abuja.

Secondus said the insecurity situation in the country was becoming worrisome and should be promptly addressed, particularly to ensure smooth conduct of 2023 general elections.

He said that the banditry and herdsmen menace were already taking huge tolls on different sectors of the country, including education and food production as farmers avoid their farms to be alive.

According to him, fear of attack has clearly frustrated the schooling system in the North West.