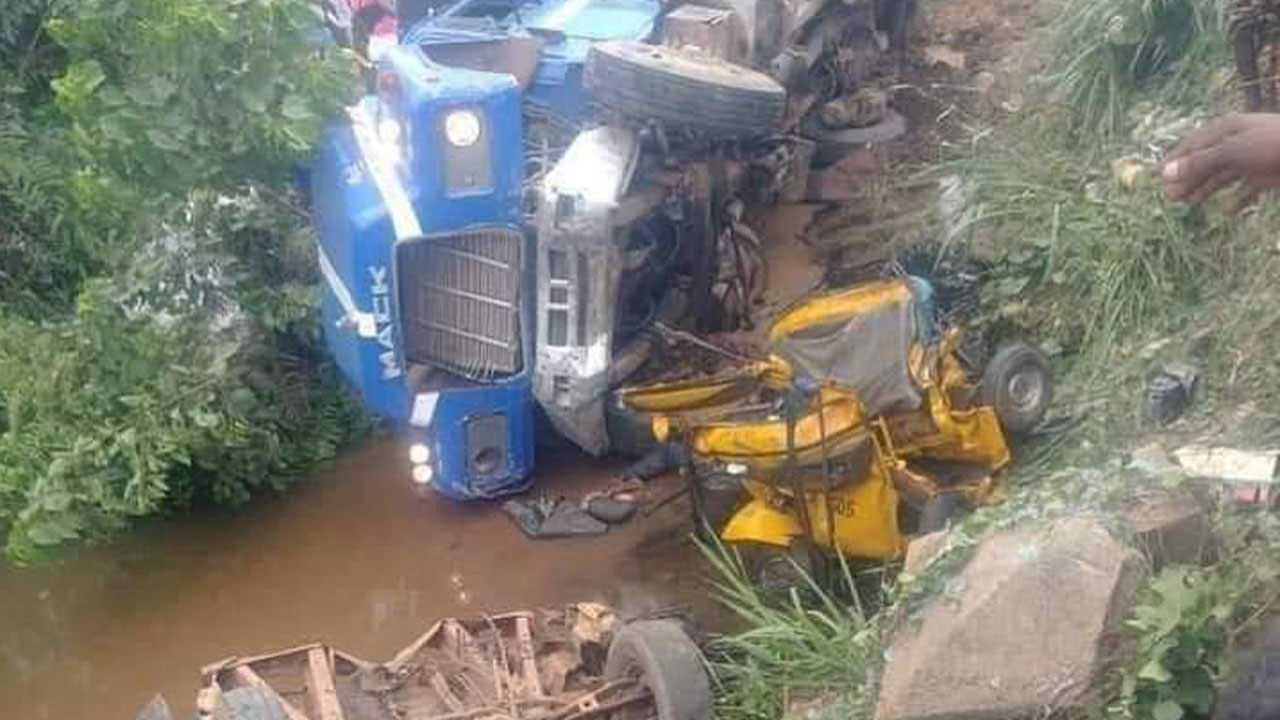 A fatal accident at Nkwo Mmiri Market in Nwangele Local Government Area of Imo on Saturday claimed two lives and injured no fewer than eight persons.

The Police Public Relations Officer (PPRO) SP Orlando Ikeokwu, confirmed this to the News Agency of Nigeria in Owerri.

According to Ikeokwu, a MACK truck ladden with chippings and driven by one Kingsley Okwudili from Ebonyi to Orlu in Imo rammed into two vehicles, a bus and a tricycle, when its brakes failed.

He said that all three vehicles fell into the nearby river while the contents of the upended truck poured on people nearby.

He said that out of the 10 rescued persons, two were confirmed dead upon arrival at the hospital while the driver was taken into custody.

“A MACK truck loaded with chippings, driven by one Kingsley Okwudili coming from Ebonyi state to Orlu, on getting to Nkwo Mmiri market, ran into two vehicles by 12:00 noon as a result of break failure.