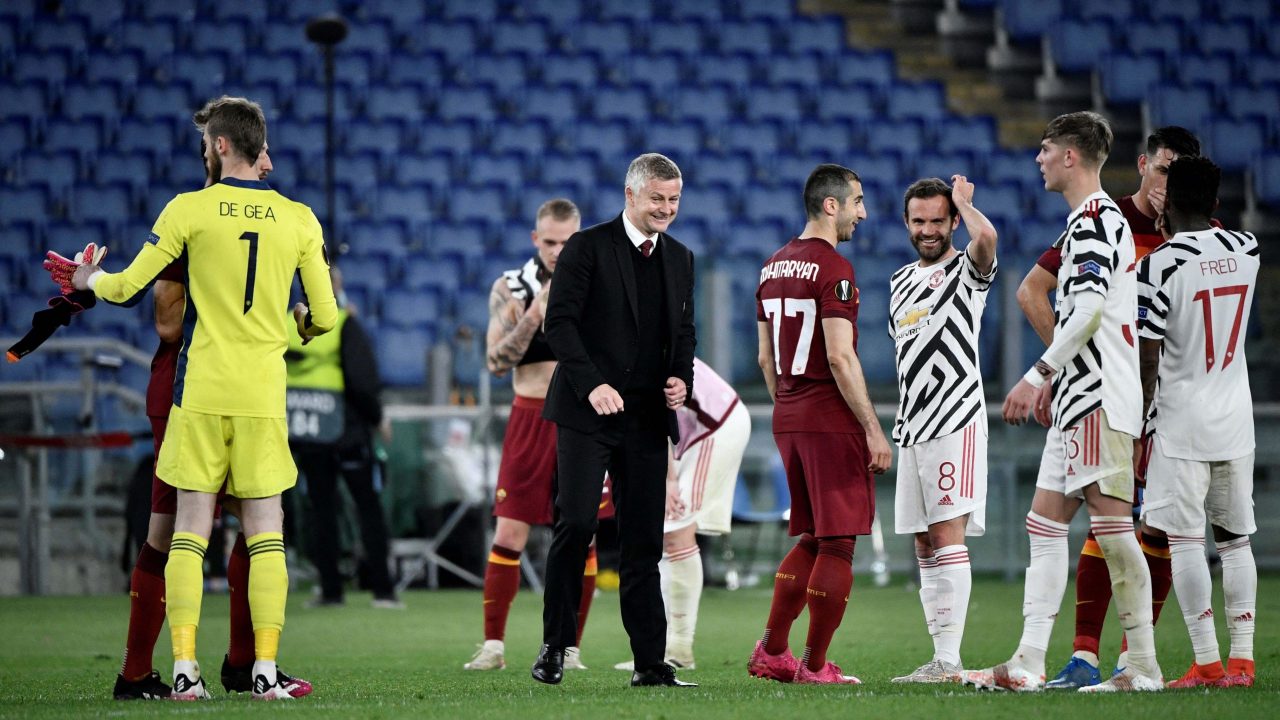 Manchester United’s Norwegian coach Ole Gunnar Solskjaer (C) reatcs at the end of the UEFA Europa League semi-final second leg football match between AS Roma and Manchester United at the Olympic Stadium in Rome, on May 6, 2021. (Photo by Filippo MONTEFORTE / AFP)

United went through to the May 26 showdown in Gdansk 8-5 on aggregate despite a 3-2 defeat in Rome while Villarreal held on to their 2-1 first-leg lead to get past the Gunners at the Emirates Stadium.

Edinson Cavani was key for United at the Stadio Olimpico, scoring both of the Premier League side’s goals as they held off a valiant attempt at an improbable comeback from their Italian opposition.

The hosts missed a series of chances and found the net through Edin Dzeko, Bryan Cristante and an Alex Telles own goal in a display that will restore some pride for Roma after the 6-2 hammering they suffered at Old Trafford last week.