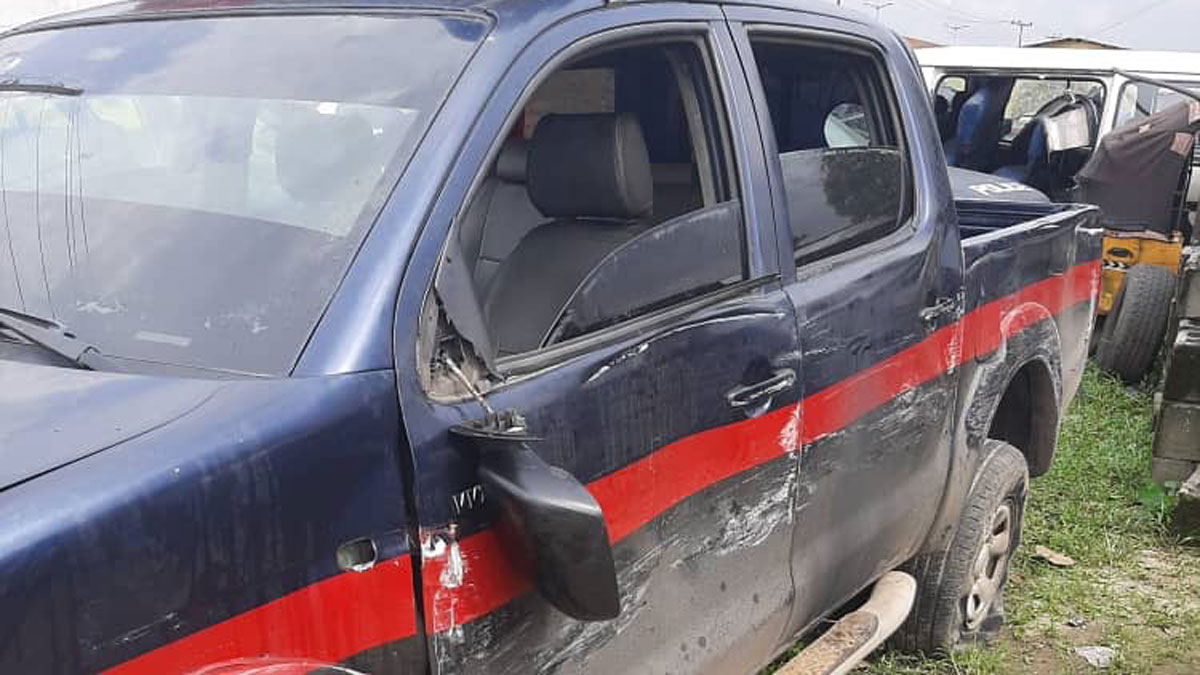 One of the vehicles used by gunmen during the attack on police stations and checkpoint in Rivers on Friday.

Gunmen attacked two police stations and checkpoints in Port Harcourt on Friday and killed seven police officers in the process.

In a statement issued in Port Harcourt on Saturday, police spokesman in Rivers, SP Nnamdi Omoni, described the attacks as unprovoked and mindless.

Police and Customs officers manning various security checkpoints at Ikwerre Local Government Area of the state were killed during the attacks.

Omoni stated that the attacks were carried out in the late hours of Friday at three different police posts,

“The unknown gunmen in two Hilux vans launched surprise attacks on a police special checkpoint at Choba Bridge in Port Harcourt at about 8:30 p.m. on Friday.

“The gunmen killed two policemen on duty and set ablaze a private car belonging to one of the policemen.