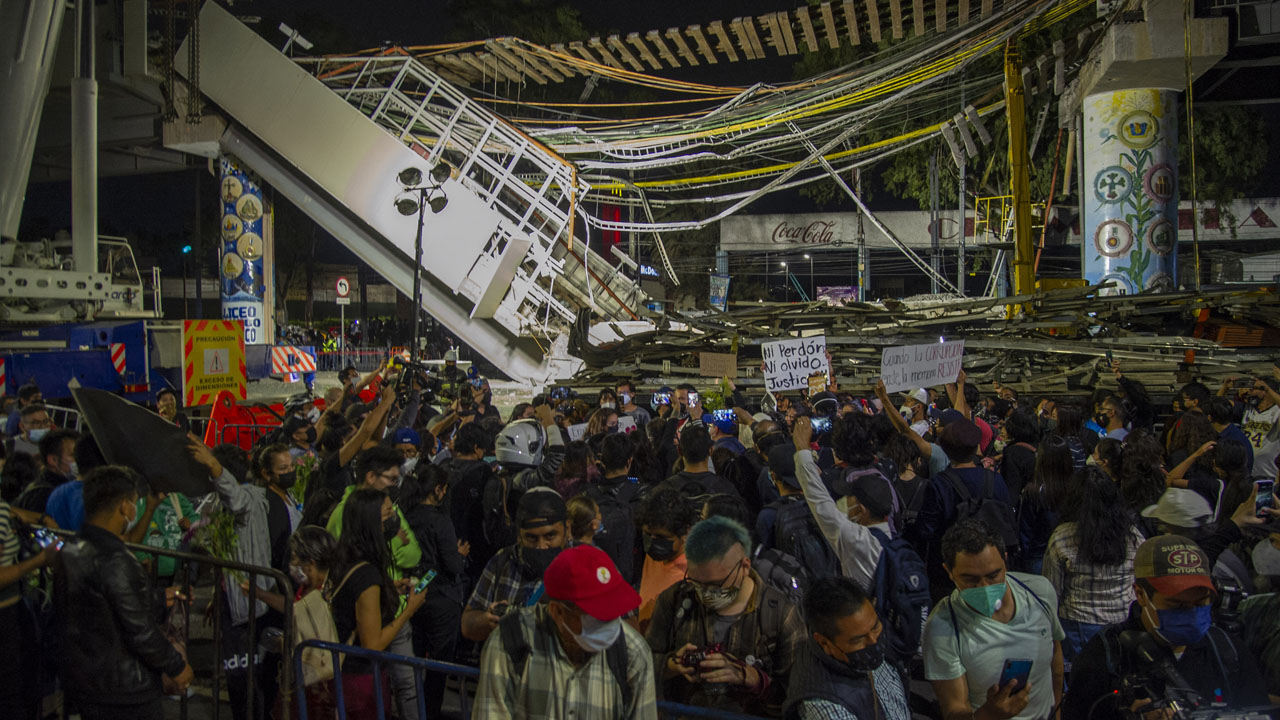 People gather to protest at the site of a train accident where an elevated metro line partially collapsed, during an event in honor of the victims, in Mexico City, on May 7, 2021. – The collapse of a Mexico City metro overpass that left 25 people dead could have been caused by defects in the steel beams or damage to the joints, experts told AFP. (Photo by CLAUDIO CRUZ / AFP)

Hundreds of protesters gathered in Mexico’s capital on Friday demanding justice for the people killed when an elevated metro line with a history of problems came crashing down.

The death toll climbed to 26 on Friday after a woman hospitalized with injuries from the accident died. “Our deepest condolences,” Mexico City Mayor Claudia Sheinbaum tweeted, adding that officials will continue to monitor the rest of the injured.

At the site of the accident, demonstrators who had set off from various parts of Mexico City converged and paid tribute to the victims with candles and flowers.