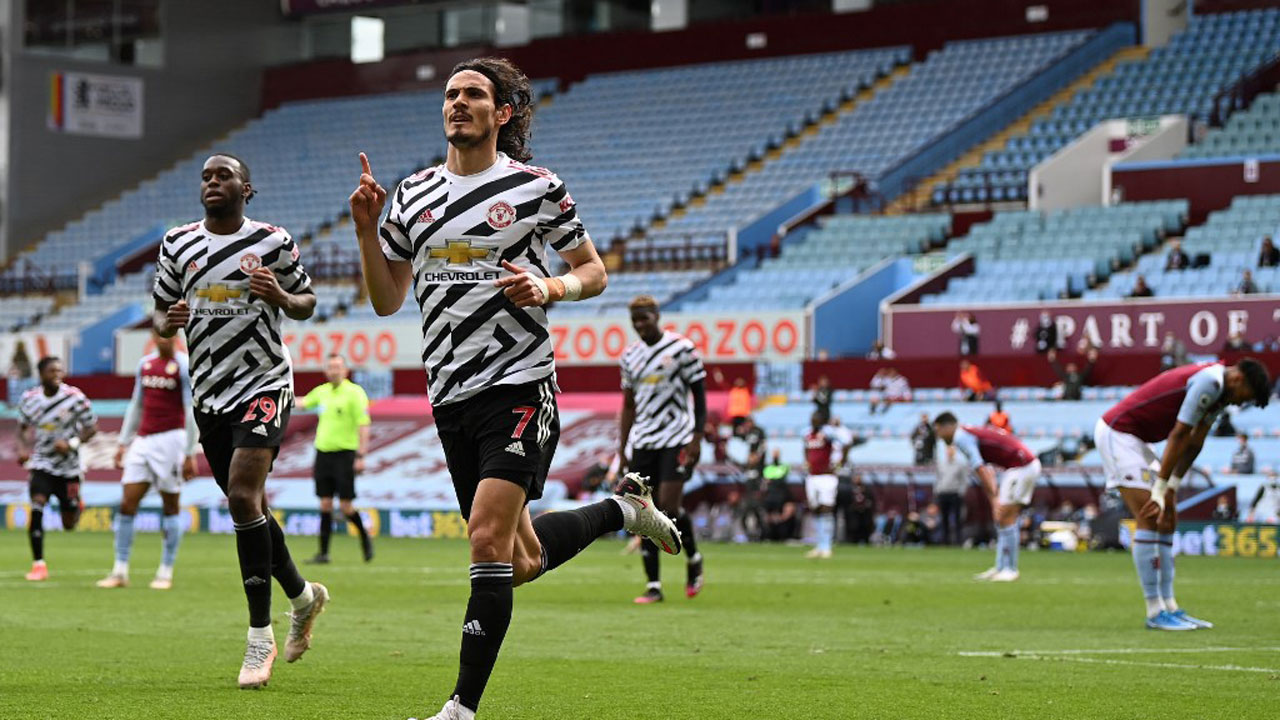 Manchester United put Manchester City’s Premier League title celebrations on hold after coming from behind to win 3-1 away to Aston Villa on Sunday.

Defeat for Ole Gunnar Solskjaer’s side would have handed the title to City and their local rivals would have enjoyed seeing Villa’s Bertrand Traore opening the scoring midway through the first half.

But United hit back with two goals in four minutes after the break, Bruno Fernandes equalising from the penalty spot before Mason Greenwood put them ahead.

United wrapped up the win thanks to substitute Edinson Cavani’s goal three minutes from time.

Victory left second-placed United 10 points behind leaders City, with 12 still on offer to the Red Devils…