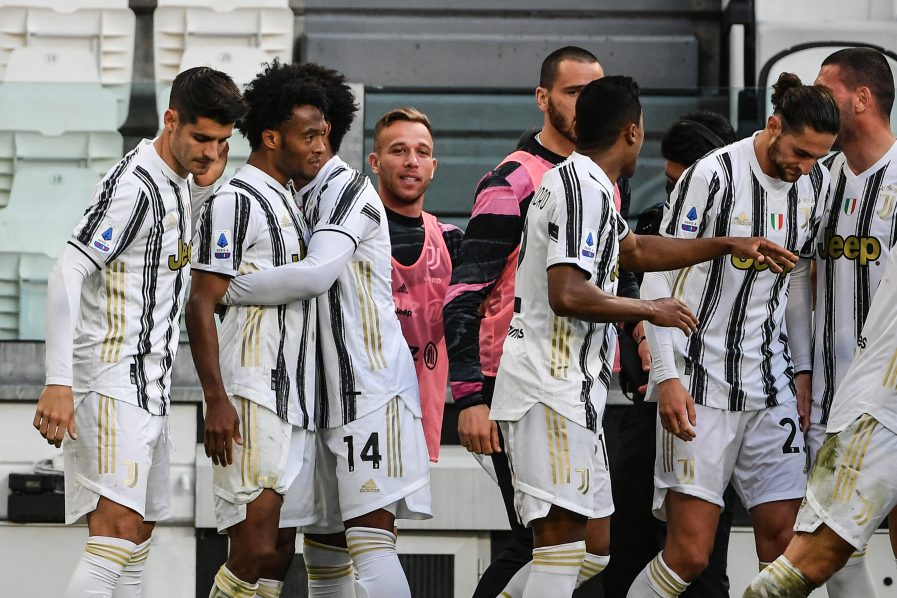 Juventus’ Colombian midfielder Juan Cuadrado (2ndL) celebrates scoring a winning penalty during the Italian Serie A football match Juventus vs Inter on May 15, 2021 at the Juventus stadium in Turin. (Photo by Isabella BONOTTO / AFP)

Juan Cuadrado scored twice, including a late penalty, as Juventus beat Inter Milan 3-2 to keep their Champions League hopes alive on Saturday in a game in which both teams finished a man down.

Juve moved up to fourth equal on points with third-placed AC Milan and two points ahead of Napoli who both play on Sunday.

The win ended the 20-match unbeaten run of Inter who had denied Juventus a 10th consecutive league title this season.

Cristiano Ronaldo missed a penalty after 24 minutes but turned in the rebound to bring his tally to a Serie A leading tally of 29 goals this campaign.

But Inter got back level nine minutes later with a Romelu Lukaku penalty.

Juve pulled ahead before half-time when Cuadrado blasted it past Samir Handanovic.