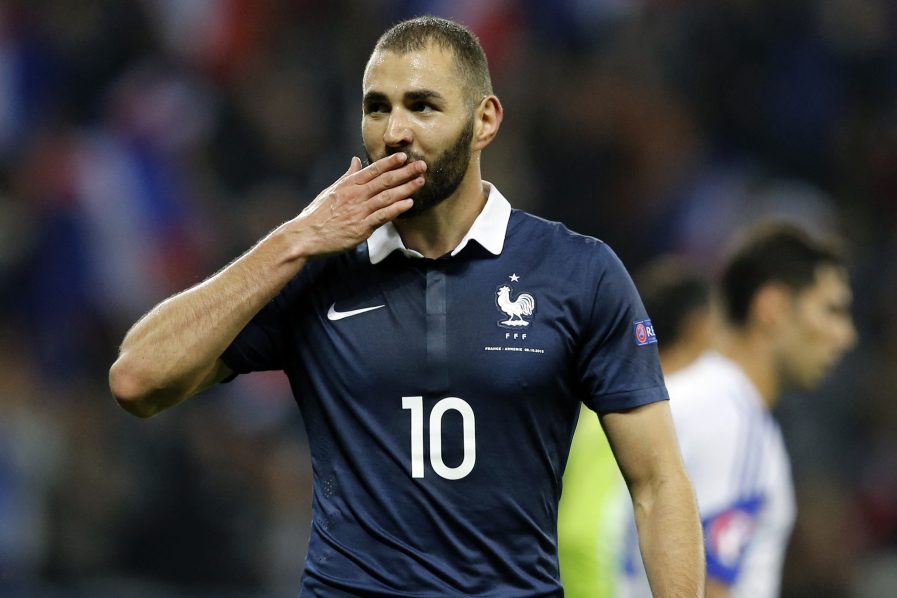 (FILES) In this file photo taken on October 9, 2015 France’s forward Karim Benzema celebrates after scoring a goal during the friendly football match between France and Armenia at the Allianz Riviera stadium in Nice, southeastern France. – French head coach Deschamps calls Benzema back into the national team for the upcoming Euro, AFP reports on May 18, 2021. (Photo by Valery HACHE / AFP)

The 33-year-old has not played for France since October 2015 but is now set to line up alongside World Cup winners Kylian Mbappe and Antoine Griezmann at the delayed European Championship, which gets underway on June 11.

Benzema, who has scored 27 goals for France in 81 appearances, was named as this season’s best French player playing abroad by the country’s players’ association earlier on Tuesday.

Deschamps said he had “ignored his (Benzema’s) personal case”.

Benzema has netted 29 times for Real Madrid this term, passing 20 league goals in all three seasons since Cristiano Ronaldo…

Schools in US state offer $1,000 bonus to vaccinated staff

Corps members decry none compliance with COVID-19 guidelines in Oyo