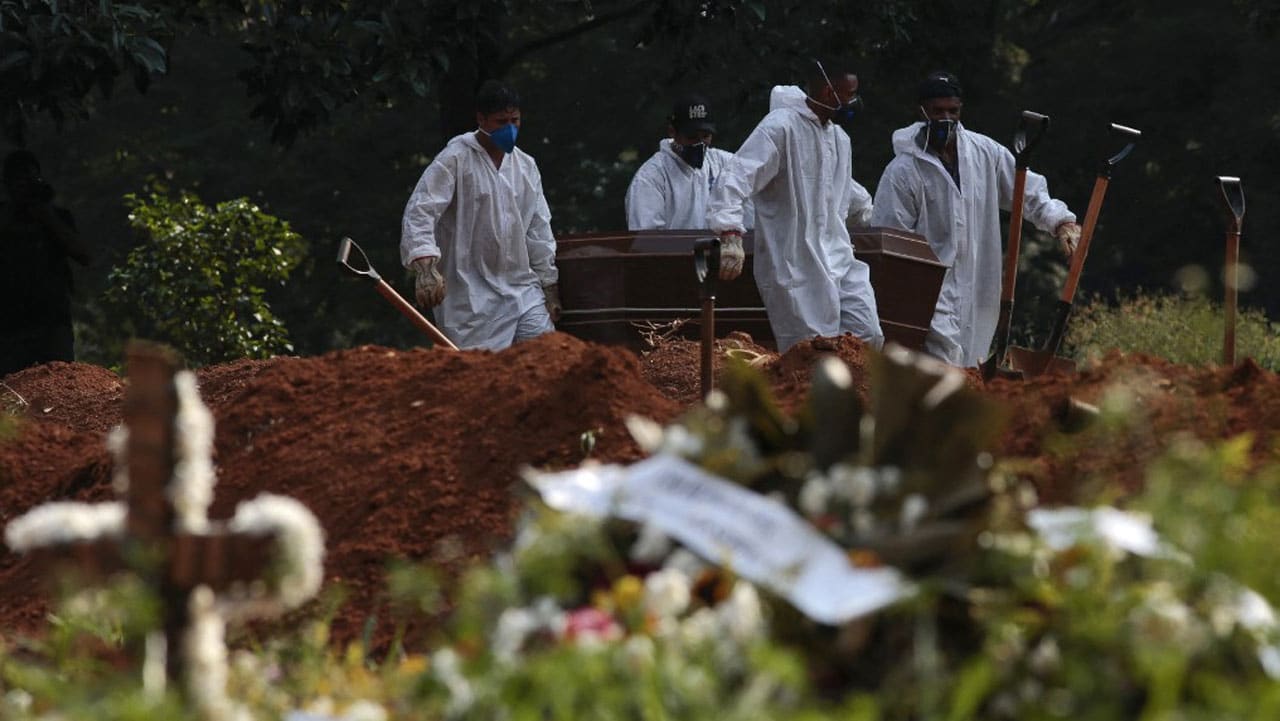 Cemetery workers carry the coffin of a victim of COVID-19 at the Vila Formosa cemetery in Sao Paulo, Brazil, on March 23, 2021. Brazil’s daily Covid-19 death toll soared past 3,000 for the first time Tuesday as the hard-hit country struggled to contain a surge of cases that has pushed many hospitals to breaking point. Miguel SCHINCARIOL / AFP

Up to three times more people have died due to the pandemic than indicated by the officially reported Covid deaths, the World Health Organization said Friday.

So far, more than 3.4 million deaths worldwide have officially been attributed to Covid-19 since the disease first surfaced in China in late 2019.

But according to a global health statistics report from the WHO, far more people have died that would otherwise not have, had it not been for the pandemic, either due to Covid or because they could not get treatment for other ailments.

“Total deaths are at least two to three times higher than officially reported,” Samira Asma, the WHO…