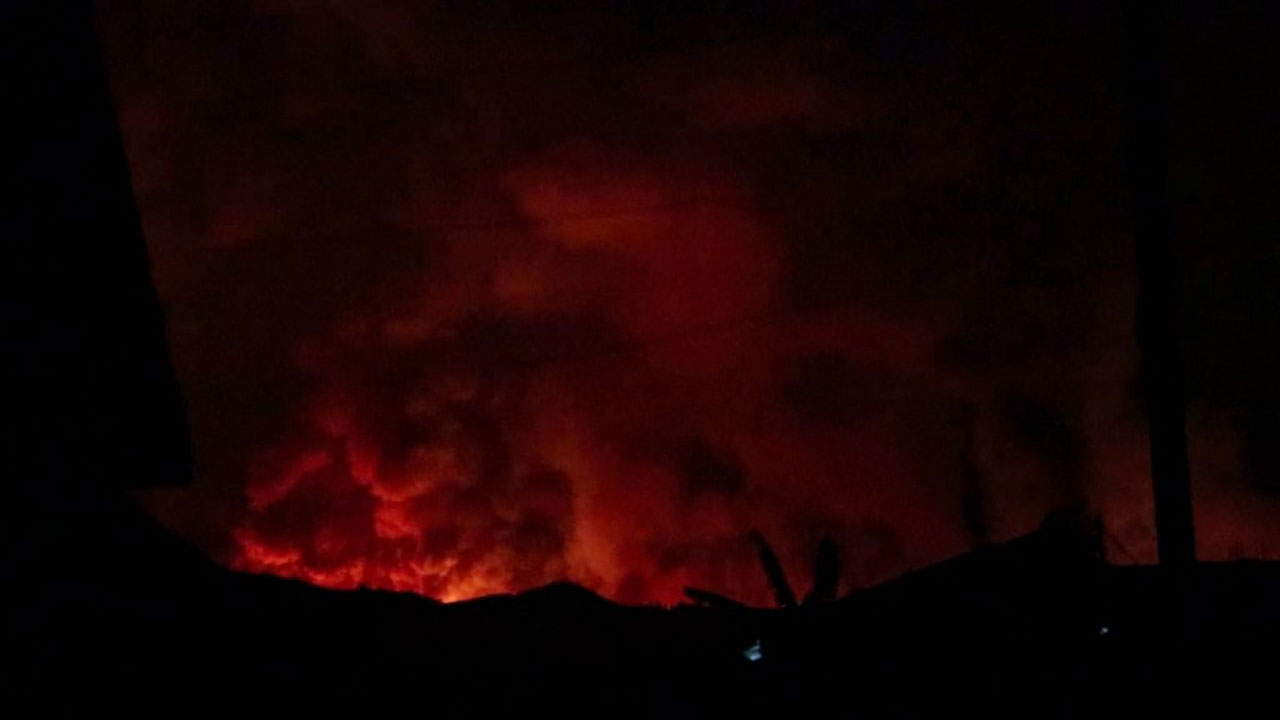 This video grab taken on May 22, 2021 shows the Mount Nyiragongo volcano bursting into activity, spewing red fumes into the night sky, in the nearby Democratic Republic of Congo city of Goma. The last time Nyiragongo erupted was January 17, 2002, killing more than a hundred people and covering almost all of the eastern part of Goma with lava, including half of the airport’s landing strip. Justin KITUMWA / AFP

The Mount Nyiragongo volcano burst into activity Saturday, spewing red fumes into the night sky, said an AFP reporter in the nearby Democratic Republic of Congo city of Goma.

Power was cut in the city and some residents began leaving their homes and heading towards the nearby border with Rwanda.

“The sky has turned red,” one resident, Carine Mbala, told AFP by telephone.

“There is a smell of sulphur. In the distance you can see giant flames coming out of the mountain.

“But there has not been any earthquake,” she added.

“People are leaving or preparing to…