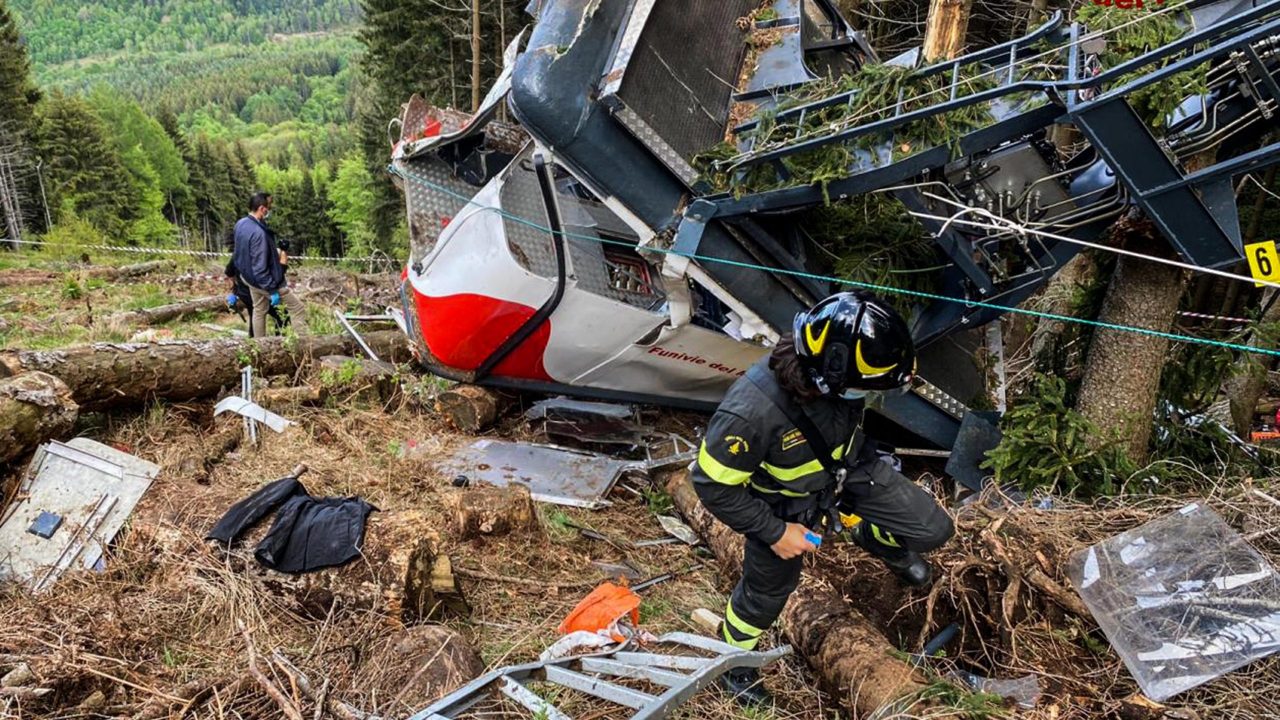 A photo taken and handout on May 23, 2021 by The Italian Firefighters “Vigili del Fuoco” shows rescuers by a cable car that crashed to the ground in the resort town of Stresa on the shores of Lake Maggiore in the Piedmont region. – 13 people died and two children were seriously injured Sunday after a cable car crashed to the ground in northern Italy, emergency services said. (Photo by Handout / Vigili del Fuoco / AFP)

Fourteen people died including five Israelis on Sunday when a cable car slammed into the side of a mountain in northern Italy, emergency services said.

An Israeli couple living in Italy died along with one child, while their five-year-old was fighting for his life with brain trauma and broken legs, according to the Alpine rescue service.

A nine-year-old Italian child was also among the dead, it said, adding that the toll could rise further from the accident in Stresa, a resort town on the shores of Lake Maggiore in Italy’s Piedmont region, it said.