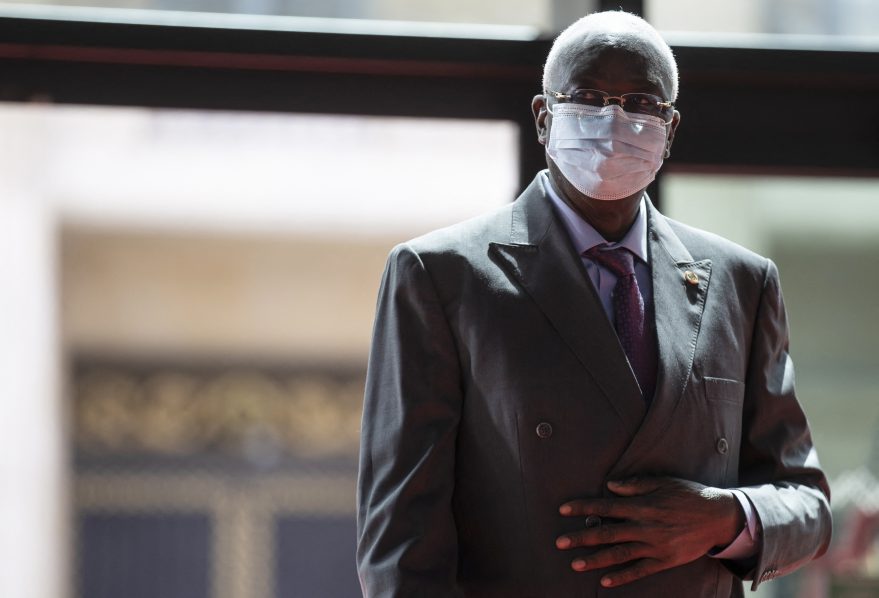 Transitional Mali President Bah Ndaw arrives for the Summit on the Financing of African Economies at the Grand Palais Ephemere in Paris, on May 18, 2021. (Photo by Ian LANGSDON / POOL / AFP)

Military officers will head the ministries of defence, security, territorial administration and national reconciliation in the new government, the national broadcaster said.

The war-torn country’s interim government pledged on May 14 to appoint a new “broad-based” cabinet, amid growing anger over the prominence of military figures and the slowness of promised reforms.

In August, army officers ousted elected president Ibrahim Boubacar Keita, who was under pressure for his handling of Mali’s jihadist insurgency.