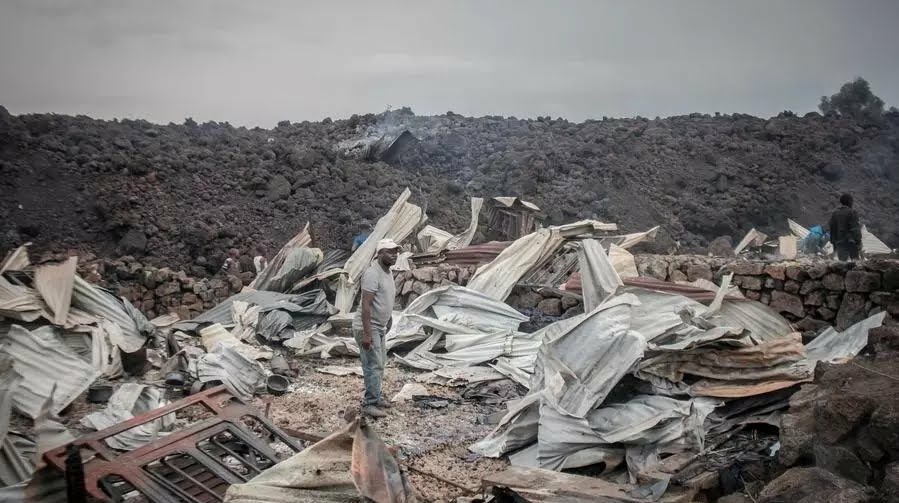 Humanitarian groups estimate that between 900 and 2,500 homes have been destroyed by the volcano’s eruption Guerchom Ndebo AFP

Powerful aftershocks from the Mount Nyiragongo volcano rocked the eastern DR Congo city of Goma on Tuesday as the death toll from the disaster climbed to 32 and thousands were feared homeless.

Three days after Africa’s most active volcano roared back into life, spewing lava that reached the outskirts of the city of 1.5 million, tremors were shaking the region every 10 to 15 minutes.

And two major cracks, stretching up to several hundred metres (yards) long and dozens of centimetres (roughly two feet) wide in places in some places, opened up near the city’s main hospital and on a major highway near the airport, worrying residents who have only just returned home after Saturday’s eruption.

“We don’t know what to do — we’re in a quandary, there’s no instructions from the authorities, even though everything is moving,” said local resident…