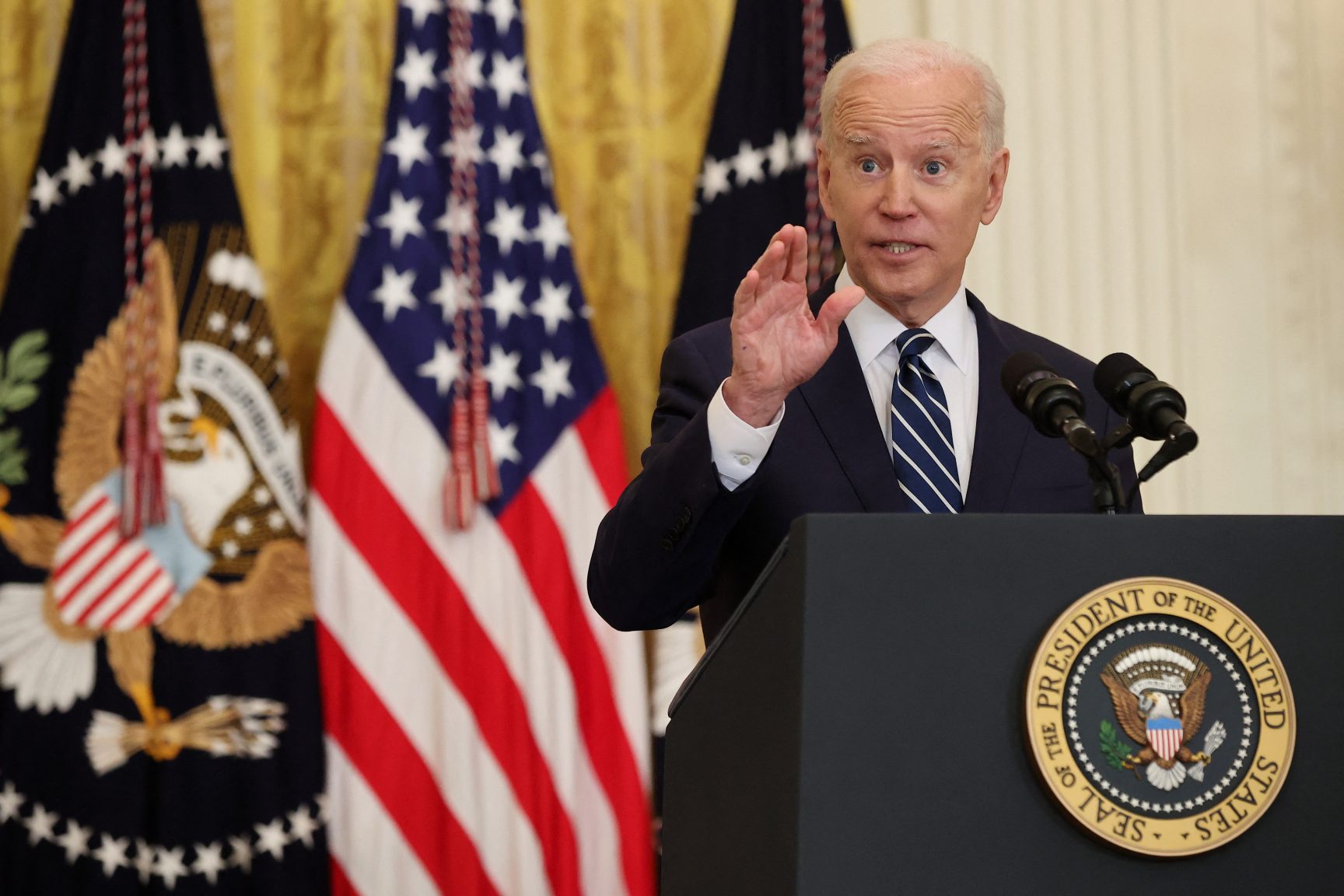 WASHINGTON, DC – MARCH 25: U.S. President Joe Biden answers questions during the first news conference of his presidency in the East Room of the White House on March 25, 2021 in Washington, DC. On the 64th day of his administration, Biden, 78, faced questions about the coronavirus pandemic, immigration, gun control and other subjects. Chip Somodevilla/Getty Images/AFP (Photo by CHIP SOMODEVILLA / GETTY IMAGES NORTH AMERICA / Getty Images via AFP)

President Joe Biden was expected Friday to propose a $6 trillion budget funding his ambitious makeover of the economy in 2022 while driving the United States into record debt — if he can get it past Congress.

The president’s annual budget is more a wish list or a message on his priorities than anything else. Congress ultimately decides what money goes where and the current Congress has only the narrowest Democratic majority.