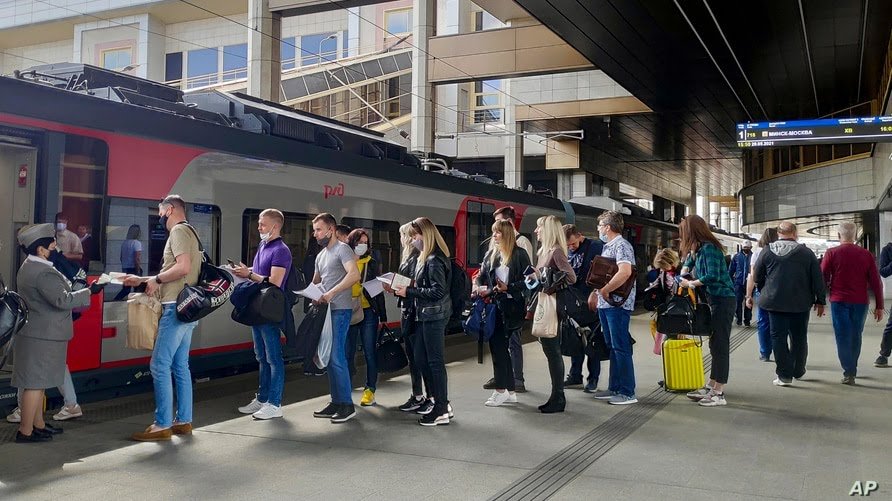 Passengers at a railway station in Minsk, Belarus, stand in line to board a high-speed train to Moscow on May 28, 2021. Photo/VOA

The United States on Friday announced punitive measures against Belarus targeting the regime of strongman President Alexander Lukashenko, who met with Russian leader Vladimir Putin amid a global outcry over the forced diversion of a European plane.

White House Press Secretary Jen Psaki called for “a credible international investigation into the events of May 23,” which she called “a direct affront to international norms.”

Belarus scrambled a military jet to divert a Ryanair plane and arrested 26-year-old opposition journalist and activist Roman Protasevich who was onboard, triggering a global outcry.

The White House announced it was working with the European Union on a list of targeted sanctions against key members of Lukashenko’s regime.

I was expecting more, admits Spain coach Luis Enrique after another draw | The Guardian Nigeria News