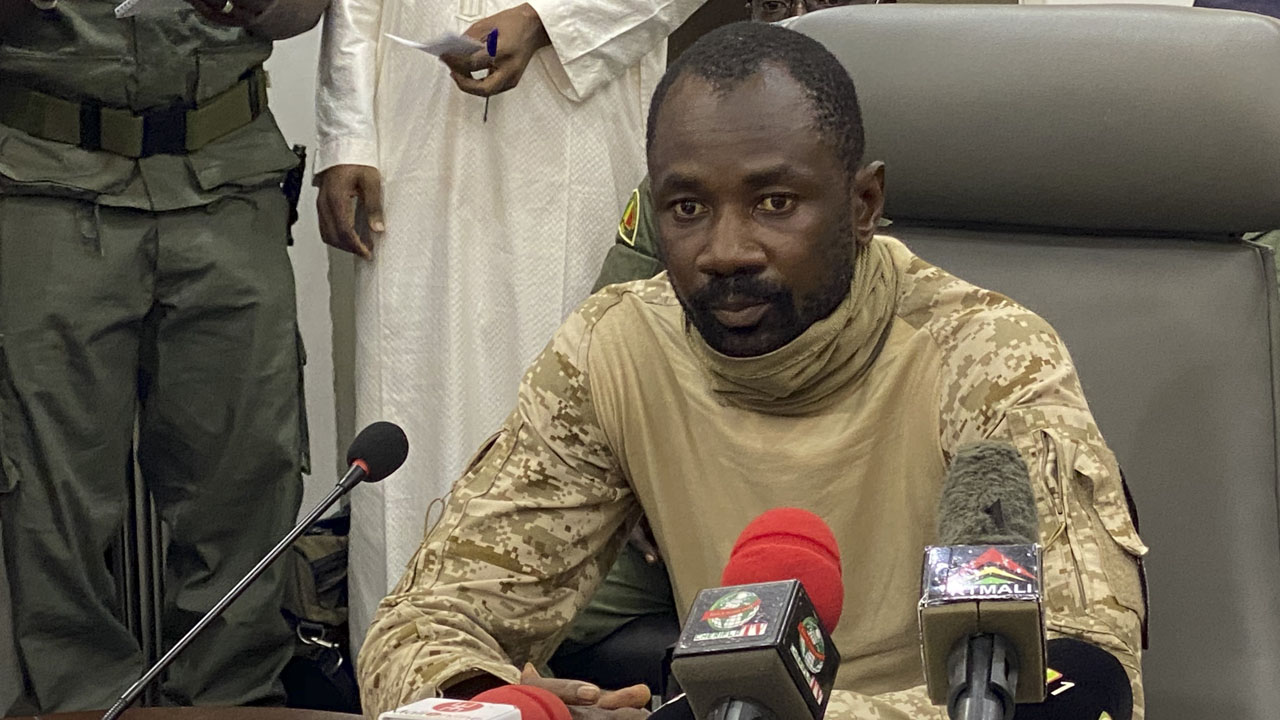 Colonel Assimi Goita speaks to the press at the Malian Ministry of Defence in Bamako, Mali, on August 19, 2020 after confirming his position as the president of the National Committee for the Salvation of the People (CNSP). – The military junta that took power in Mali on August 19, 2020, asked that the population resume “its activities” and cease “vandalism” the day after the coup that ousted President Ibrahim Boubacar Keita and his government. (Photo by MALIK KONATE / AFP)

Malian strongman Colonel Assimi Goita returned home on Monday after West African leaders condemned a recent coup that cemented his grip on power and tasked him with naming a new prime minister.

Dozens of supporters greeted Goita on his arrival, an AFP journalist said.

At a crisis summit in Ghana, the ECOWAS leaders condemned a recent coup — the second in nine months — but stopped short of reimposing sanctions on the volatile Sahel country.