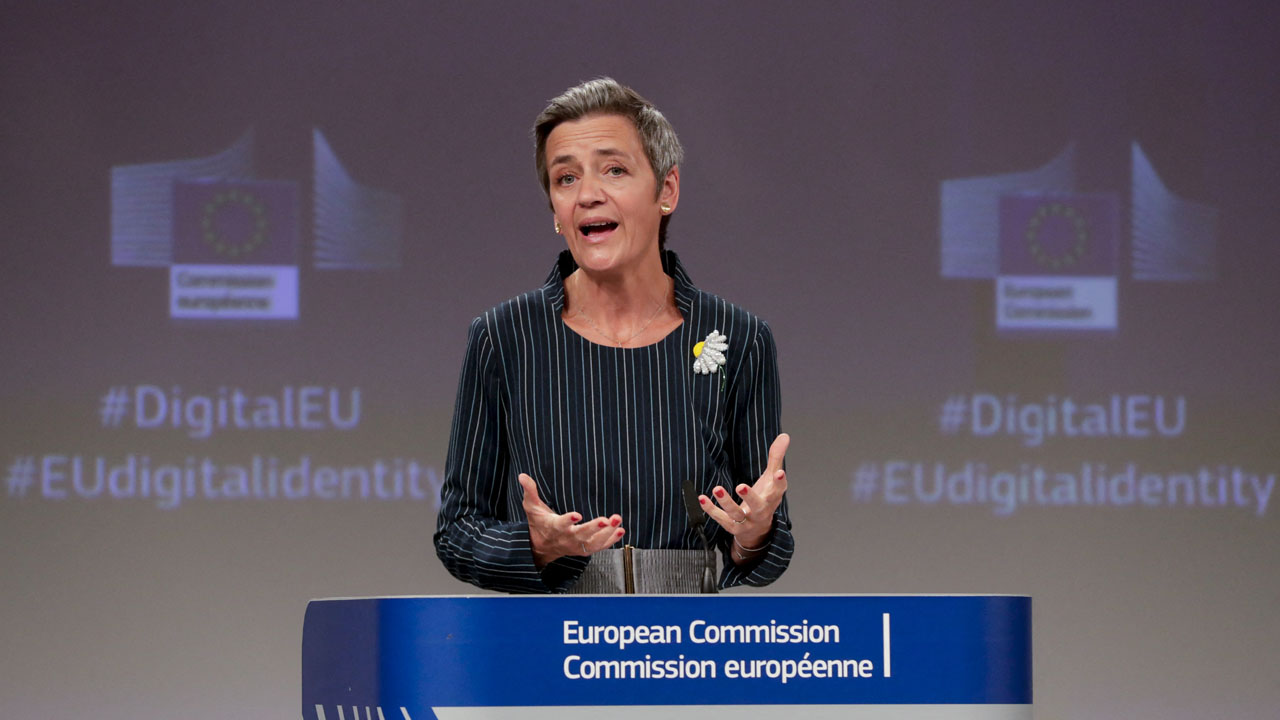 European Commission vice-president in charge Europe fit for the digital age Margrethe Vestager gives a press conference with the EU commissioner for Internal Market on establishing a European Digital Identity Framework at the European Commission in Brussels, on June 3, 2021. (Photo by STEPHANIE LECOCQ / POOL / AFP)

EU citizens could soon store all their identity documents digitally, to be used with the wave of a smartphone or online, under a proposal unveiled Thursday by the European Commission.

The European Digital Identity wallets would be used to store digital copies of passports, drivers’ licences, bank statements, university degrees and other important papers, to be called on whenever an EU citizen needs to prove their identity.

Users would have control over how much of that data is shared in each interaction.

Importantly, the EU commissioner for digital matters Margrethe Vestager told a news conference, the e-wallets could be used as a safer, ad-free alternative when…