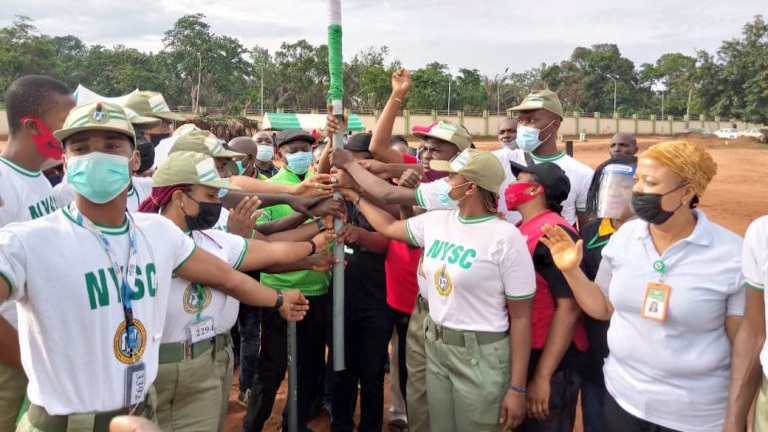 No fewer than 2,500 corps members participating in the ongoing orientation programme in Anambra, on Saturday held a protest march against the proposed scrapping of the scheme.

They also marched to show their solidarity for a united Nigeria.

The corps members who marched around the parade ground from number one platoon to the 10th, showed the solidarity campaign by handing over the Unity Torch to the management of NYSC in the state.

Mr Kehinde Aremu, Coordinator, NYSC in Anambra, received the torch on behalf of the Director-General of the scheme, Brig.-Gen. Shuaibu Ibrahim.

The corps members also carried placards and wore shirts some of which read “NYSC Must Stay”, Don’t Scrap NYSC”, NYSC for Nigerian Unity”, “Leave NYSC Out of Politics”, “NYSC is Our Heritage”, among others.

In his speech, Aremu said that the Unity Parade, was the first of its kind in the history of the scheme and was the brainchild of corps members in camp.

The coordinator said that…