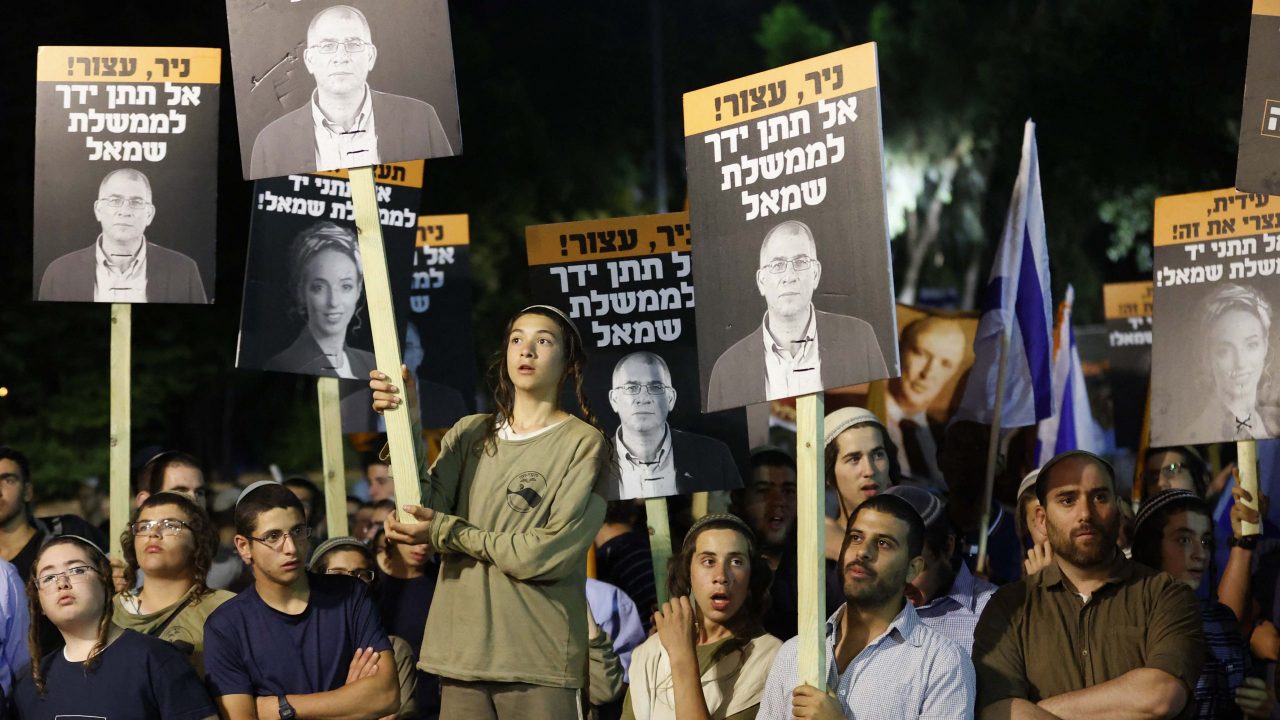 Right-wing Israeli supporters of Prime Minister Benjamin Netanyahu gather during a demonstration against the coalition to form a government, in the Israeli city of Tel Aviv, on June 3, 2021. – Israelis eyed the end of an era after a motley alliance of parties from across the political spectrum agreed to form a government to unseat veteran Prime Minister Benjamin Netanyahu. Opposition leader Yair Lapid announced the deal just minutes before a midnight Wednesday deadline, prompting celebrations into the early hours by the premier’s opponents and a defiant show of support by his fans. (Photo by JACK GUEZ / AFP)

Israeli Prime Minister Benjamin Netanyahu on Sunday rejected accusations of incitement against his political opponents, after security services warned of an escalation in violent discourse.

In power for 12 consecutive years, Netanyahu faces being toppled by a motley coalition of lawmakers united only by their shared hostility towards him.

Mired in a court battle on…