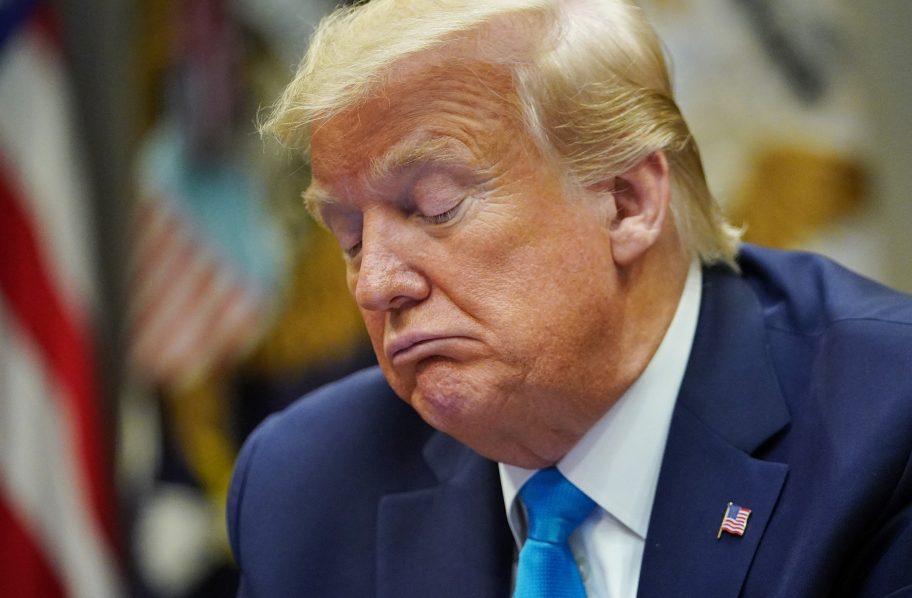 (FILES) In this file photo former US President Donald Trump speaks on small business relief in the Roosevelt Room of the White House in Washington, DC on April 7, 2020. – Donald Trump has canceled his own blog, an advisor announced on June 2, 2021, highlighting the ex-president and election conspiracy theorist’s struggle to escape the social media wilderness. The blog “will not be returning,” Trump aide Jason Miller told CNBC.Named “From the Desk of Donald J. Trump,” the blog was launched only a month ago in response to decisions by Twitter and Facebook to ban the Republican for inciting rebellion against President Joe Biden’s election win. (Photo by MANDEL NGAN / AFP)

Banished from social networks but no less influential among the Republican faithful, Donald Trump was set to return to the stage Saturday for his first speech in months as he flirts ever more openly with a new presidential run in 2024.

“I understand the place will be packed, all records broken!” the…

Deschamps admits Hungary draw 'not what we wanted'