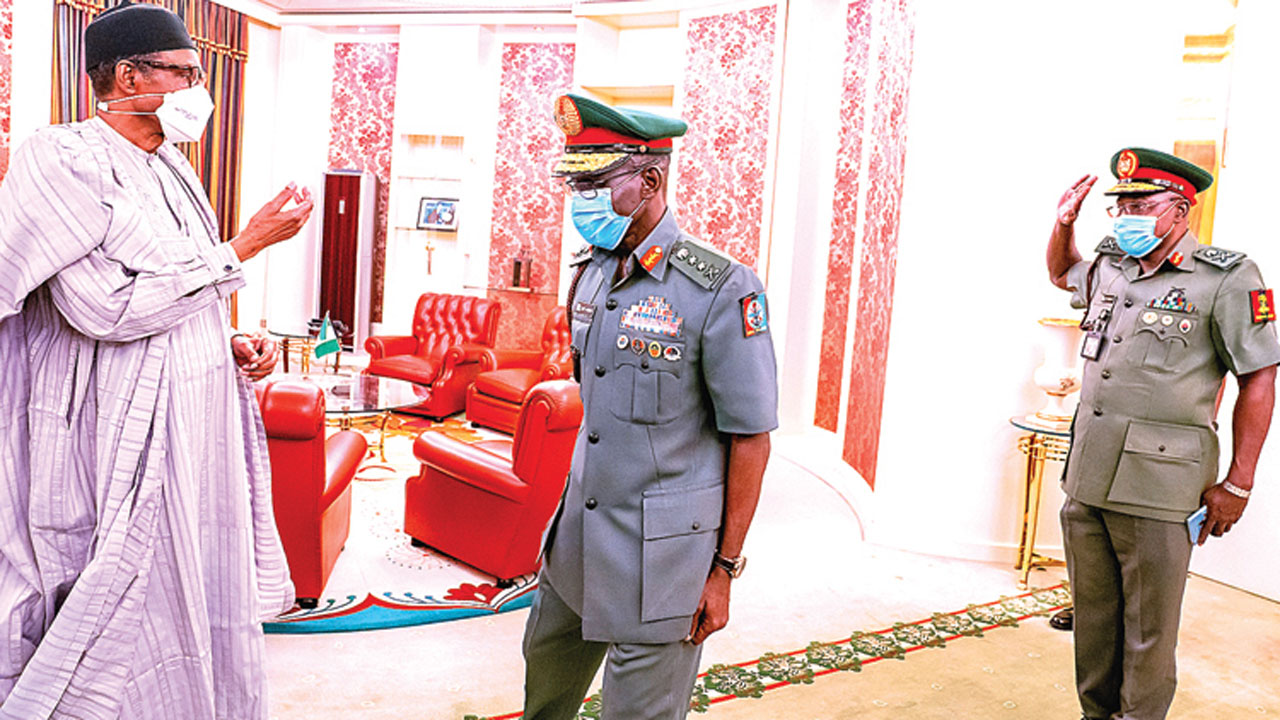 President Muhammadu Buhari has restated the need for synergy among the armed forces in the country, to quickly end the prevailing insecurity in the land.
Buhari spoke when he received the new Chief of Army Staff (COAS), Maj-Gen. Farouk Yahaya, who was formally presented to him by the Minister of Defence, Maj-Gen. Bashir Magashi (rtd.), at the Presidential Villa, Abuja.

Yahaya was named the new COAS after his predecessor, Lt-Gen. Ibrahim Attahiru, died in a plane crash, alongside 10 others, four months into the office.

“What really brought us to the Villa today (Monday) was to present the new Chief of Army Staff to Mr. President for…